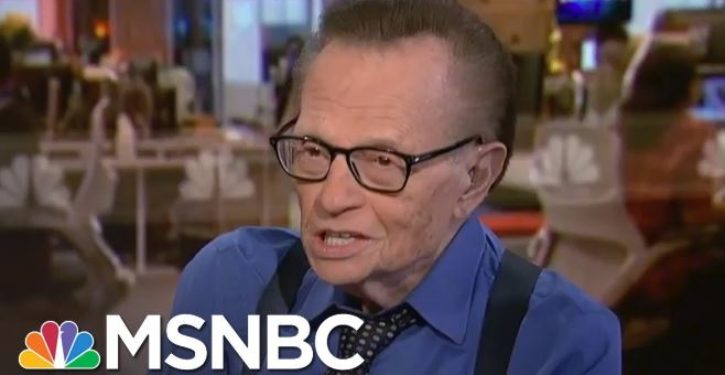 And here all this time you thought the founding fathers had the foresight to imagine a reprise in their own new nation of the tyranny they had just beaten back and therefore accorded citizens the right to bear arms.

Is that what you learned in school? Well, it’s all wrong, according to liberal TV and radio veteran Larry King. (In case you weren’t aware, King is still broadcasting albeit now on Hulu and RT America.)

So what is the real reason for the Second Amendment’s creation? To “ward off slaves,” says King. And because that purpose is now moot, the 84-year-old talk show host explains in an interview with TMZ, he is “completely on board” on board with retired Supreme Court Justice John Paul Stevens, who called for a repeal of the amendment in a New York Times op-ed earlier this week.

That notion — that the Second Amendment was ratified to keep slavery intact — did not originate with King. One of its proponents is liberal whackjob Thom Hartmann, who in 2015 suggested that what America needs to rid itself of its racist inclinations is to “recoccupy the South with Union forces and and restart Reconstruction.”

Hartmann’s argument that the Second Amendment was passed to protect slave-patrol militias was challenged on, of all places, The Root, by a not quite as radical writer named Paul Finkelman, who said of Hartmann’s theory:

[I]t serves no purpose to make historical arguments that are demonstrably wrong, misleading and inconsistent with what happened. Hartmann does not serve his cause well by purporting to write history when his version of history is mostly wrong, and very misleading. 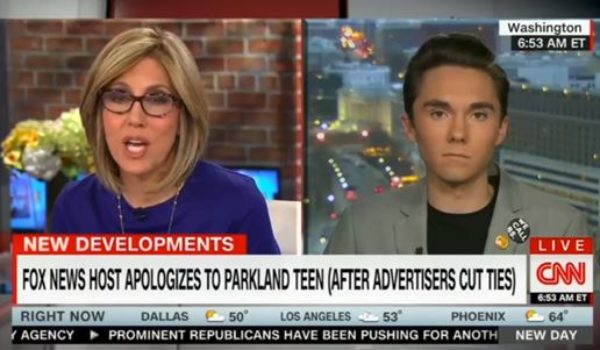 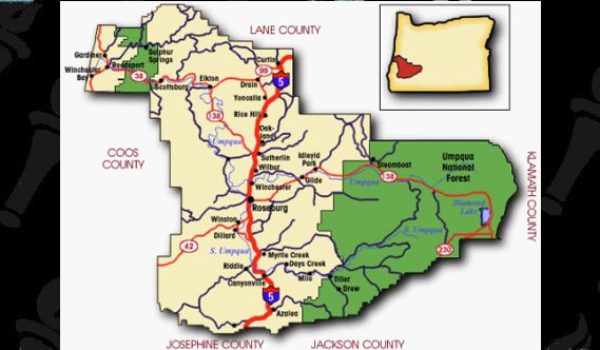