Several black activist groups are holding a protest on Monday in defense of Nation of Islam leader Louis Farrakhan, a notorious anti-Semite and racist revealed to have close ties to prominent Democratic politicians and activists.

Black Lives Matter, the New Black Panther Party, and the National Action Network are among the groups spearheading the protest, the organizers said in a press release.

Rev. Al Sharpton has been NAN’s president since he founded the group in 1991. Sharpton is also a contributor on MSNBC and hosts “PoliticsNation,” a one-hour weekly show on the network. The NAN and MSNBC did not return requests for comment.

More than a hundred organizers “will go office-to-office to deal with the GOP representatives that are leading this campaign, in specific Congressman Todd Rokita,” according to the press release, which further reads:

The coalition will be lobbying key members of Congress-the GOP in particular-to condemn President Donald J. Trump and to leave Louis Farrakhan alone. Please do not try to stop us because we will not turn back. We will represent professionally and politically vigorously.

“We cannot allow a politically hypocritical political situation to exist whereas an openly racist president, Donald Trump is given a free pass and to spew racist venom and racist policies by a confederate based GOP; and then they have the gall to issue an official legislative condemnation of a private citizen and Black leader who is dearly beloved by the masses,” said Black Lawyers for Justice president Malik Zulu Shabazz, one of the protest organizers.

Shabazz, a former leader of the New Black Panthers, has a long history of anti-Semitism and once shouted at a protest: “Kill every goddamn Zionist in Israel! Goddamn little babies, goddamn old ladies! Blow up Zionist supermarkets!” That’s according to the Anti-Defamation League, a Jewish civil rights organization which has tracked Shabazz’s anti-Semitism for years. The press release lists Shabazz as the point of contact for the protest. He did not return an email seeking comment.

Farrakhan has re-emerged as a politically divisive figure among Democrats due to three recent developments.

First, a Nation of Islam photographer revealed a 13-year-old photo of then-Illinois Sen. Barack Obama smiling with Farrakhan at a Congressional Black Caucus (CBC) meeting in 2005.

The CBC asked him to suppress the photo’s publication in order to protect Obama’s presidential aspirations, the photographer said. Twenty-one current House Democrats were in the CBC when Farrakhan had his meeting with the caucus.

Second, Women’s March leader Tamika Mallory attended Farrakhan’s annual Saviour’s Day speech in February, where he railed against Jews and white people. Mallory has repeatedly defended Farrakhan and Women’s March has declined to denounce him, alienating some progressives both within the organization and outside of it.

Third, several House Democrats have been revealed to have closer relationships with Farrakhan than previously known.

That includes DNC deputy chair Keith Ellison, who claimed to have cut ties with Farrakhan before running for Congress in 2006, when actually he attended multiple meetings with the hate group leader during his time in Congress.

Ellison penned a blog post on Sunday confirming he crossed paths with Farrakhan twice in 2013 but denying Farrakhan’s claim that he and Indiana Rep. Andre Carson visited Farrakhan in a hotel room in 2015. Carson has confirmed he attended the Farrakhan meeting that Ellison says didn’t happen.

Democratic Illinois Rep. Danny Davis has a personal relationship with Farrakhan, he said in three interviews with this reporter. He emphasized in the third interview that he personally does not think that white people are “devils” and that Jewish people are “satanic.”

Some House Democrats, including Ellison, have condemned Farrakhan while others, including Davis, have distanced themselves from Farrakhan’s racism and anti-Semitism but have declined to condemn him.

South Carolina Rep. James Clyburn, the third-highest ranking Democrat in the House, shared a stage with Farrakhan in 2011 and has since declined to condemn him. 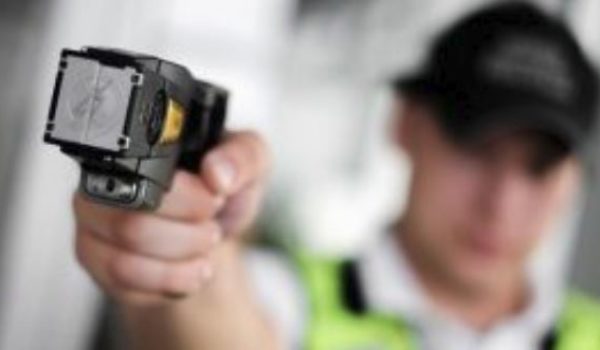