What is that scamp Donald Trump up to now? We know that the president did something unprecedented when he separated migrant families intercepted at the border, placing the children in cages. At least that is what the mainstream media claimed and continues to claim despite an abundance of evidence proving that the heart-rending viral photos like the one below were taken during the Obama presidency when the practice of detaining illegals at the border was just as pervasive.

Yesterday, the latest example of Trump’s inhumanity was trotted out by The Washington Post and other mainstream outlets. The Post begins its grim tale anecdotally:

His official American birth certificate shows he was delivered by a midwife in Brownsville, at the southern tip of Texas. He spent his life wearing American uniforms: three years as a private in the Army, then as a cadet in the Border Patrol and now as a state prison guard.

But when Juan, 40, applied to renew his U.S. passport this year, the government’s response floored him. In a letter, the State Department said it didn’t believe he was an American citizen.

This sad story goes on to note that the “Trump administration is accusing hundreds, and possibly thousands, of Hispanics along the border of using fraudulent birth certificates since they were babies, and it is undertaking a widespread crackdown.”

The paper is in receipt of a statement from the State Department indicating that this policy is nothing new and that “the U.S.-Mexico border region happens to be an area of the country where there has been a significant incidence of citizenship fraud.” But the Post, having spoken immigration attorneys, begs to differ:

In some cases, passport applicants with official U.S. birth certificates are being jailed in immigration detention centers and entered into deportation proceedings. In others, they are stuck in Mexico, their passports suddenly revoked when they tried to reenter the United States. As the Trump administration attempts to reduce both legal and illegal immigration, the government’s treatment of passport applicants in South Texas shows how U.S. citizens are increasingly being swept up by immigration enforcement agencies.

It is not until you get to paragraph ten, some 400 words into the article, that you learn that “the State Department during the George W. Bush and Barack Obama administrations” also “denied passports to people who were delivered by midwives in Texas’s Rio Grande Valley. The use of midwives is a long-standing tradition in the region, in part because of the cost of hospital care.”

You learn further that “from the 1950s through the 1990s, some midwives and physicians along the Texas-Mexico border provided U.S. birth certificates to babies who were actually born in Mexico. In a series of federal court cases in the 1990s, several birth attendants admitted to providing fraudulent documents.”

The immigration problem — and it is undeniably a problem — has been going on for decades. In Texas alone, illegal immigrants costs the $12.36 billion a year — 10% of state budget. Every administration up through and including Obama’s has grappled with this problem. As Obama’s Homeland Security Secretary Jeh Johnson conceded in an interview with Fox News’s Chris Wallace in June, detaining children and families “was necessary at the time” and “still … is necessary.” He also admitted that “catch and release” simply doesn’t work as a corrective to the problem.

Even though we have a different president, the problems at the border remain constant. Something else that has changed — and this is particularly significant — is the way the media are reporting stories about the immigration crisis. Honest journalism has gone out the window. 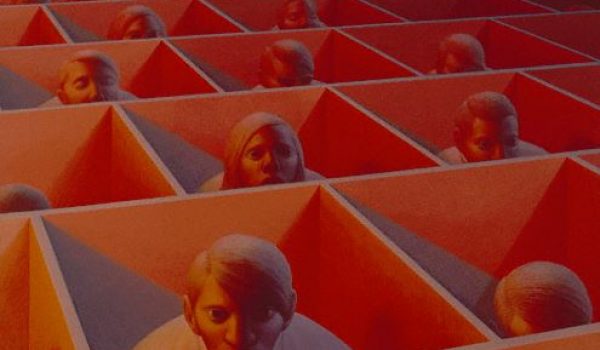