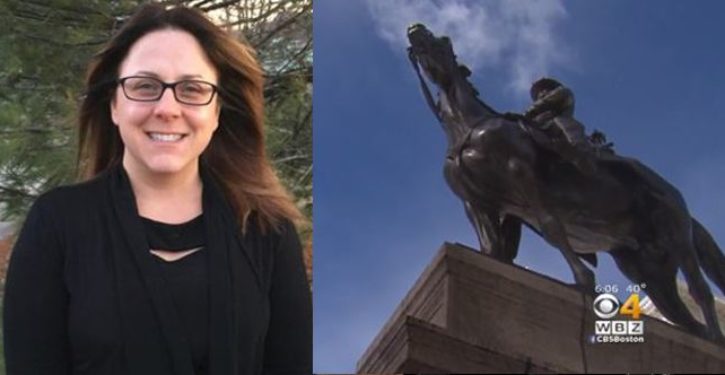 Another crusade is afoot to rid a public structure of the memory of a Civil War hero. But this one is a little different from your previous campaigns. The target this time is a “good guy,” which is to say he served on the Union side, against Johnny Reb.

So what is the Left’s beef? It is the general’s name, which appears over one entrance to the Massachusetts State House and in the inscription on the pedestal of a statue of him across the street. That general’s name is Joseph Hooker.

Now State Representative Michelle DuBois wants the sign and statue changed. On Wednesday, DuBois tweeted a photo of the sign over the entrance and called it an affront to “women’s dignity.”

R U a “General Hooker”? Of course not! Yet the main entrance of the Mass State House says otherwise.#Metoo it’s not all about rape & harassment but also women’s dignity A “funny” double entendres misrepresented as respect for a long dead general?
1 Keep statue
2 Take sign down pic.twitter.com/3H67dRXAzN

“Female staffers don’t use that entrance because the sign is offensive to them,” DuBois told a reporter with Boston CBS affiliate WBZ.

“Ive seen teenboys tease teengirls about being ‘general hookers’ waiting in line at the entrance. Sign is out of context & either Gen’s his [sic] first name should be added or change the entrance name,” Dubois replied to a Twitter user who was critical of her stance.

The grievance got the attention of the state’s governor, Charlie Baker, who weighed in on the “controversy” at a Thursday event:

I think many people consider [General Hooker] to be part of the team that delivered freedom for slaves in this country. But the name over the building itself obviously carries with it a connotation that, if the legislature and others think is an appropriate thing to change, that’s certainly something we’d be willing to talk about.

This is not the first time that the Left has gotten caught up over the dirty pictures their minds manage to conjure up over some historical figure’s God-given name. In 2015, students at Lebanon Valley College in Pennsylvania demanded that administrators  rename a building called “Lynch Memorial Hall,” because the name brought to mind dark images of public executions of black men by white mobs.

Interestingly, at the time of the protest, the U.S. attorney general was a black woman named Lynch, but students at Lebanon Valley were somehow unfazed by that. 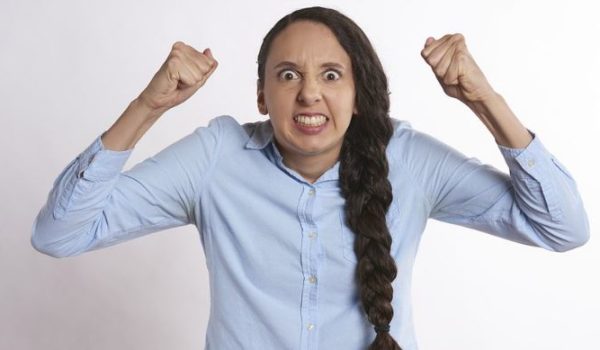