The late-Friday news this week is that Attorney General Jeff Sessions has accepted the FBI’s last-minute recommendation to terminate former deputy director Andrew McCabe for cause.

McCabe, on terminal leave since January, was planning to retire with an effective date of Sunday, 18 March, which is also his 50th birthday.  The conjunction of dates, after a 21-year career with the Bureau, would make him eligible for a full slate of federal-service retirement benefits.

But the FBI’s Office of Professional Responsibility has concluded that McCabe shouldn’t be allowed to retire with those benefits.  According to NBC News:

“After an extensive and fair investigation and according to Department of Justice procedure, the Department’s Office of the Inspector General provided its report on allegations of misconduct by Andrew McCabe to the FBI’s Office of Professional Responsibility,” Sessions said in a statement at about 10 p.m. ET Friday night. “The FBI’s OPR then reviewed the report and underlying documents and issued a disciplinary proposal recommending the dismissal of Mr. McCabe. Both the OIG and FBI OPR reports concluded that Mr. McCabe had made an unauthorized disclosure to the news media and lacked candor — including under oath — on multiple occasions.”

The NBC report goes on to allege, predictably, that McCabe has become a “target of Republicans.”  But McCabe has been under investigation by the DOJ Inspector General for months due to the questionable nature of his own conduct.

Information from the IG report, which has focused on the FBI’s handling of investigations into Hillary Clinton’s emails and the Clinton Foundation, isn’t public yet.

But McCabe is reportedly the FBI official who referred to giving Hillary Clinton an “HQ special” — i.e., special, favorable treatment — in the conduct of the email probe.  The deal on the “HQ special” may well have been sealed in March 2015, when the news broke about Hillary’s private server, and Clinton crony Terry McAuliffe began to funnel hundreds of thousands of dollars to the Virginia political campaign of McCabe’s wife, Dr. Jill McCabe, all in a two-week period.

McCabe was also one of the cognizant FBI officials (along with Robert Mueller, James Comey, and Rod Rosenstein) who knew about Russia’s Rosatom funneling money to the Clinton Foundation through cutouts at the time Hillary was secretary of state, but failed to use that information in a bribery and kickbacks case with direct connections to Uranium One.

Disclosures to date indicate the DOJ IG has concluded that McCabe has been less than candid in his responses to the IG inquiry, and that he has been responsible for a number of leaks to the media about confidential Bureau operations.  (A recurring them has been that he leaked FBI activities in the Clinton Foundation probe in October 2016.  Besides being a strategic leaker, McCabe may have been a strategic meeting-scheduler as well, given how he seems to have set Reince Priebus up in February 2017.)

McCabe is also said to have had a personal animus against Michael Flynn, who vouched for and supported FBI Supervisory Agent Robyn Gritz (with whom Flynn had worked professionally) when she brought a sexual discrimination suit against top FBI officials, including McCabe.

Assuming McCabe is, in fact, fired, there will be a lot of McCabe critics who feel gratified and vindicated.  One need not be bloodthirsty to at least feel that this case has received due process, and is not being handle arbitrarily.  We’ve had a glimpse of at least some adverse IG findings, and we don’t yet know what the total will amount to.  Using the FBI to show favoritism to the Clintons when they’re engaged in dubious dealings with the Russians, and to wage a vendetta against Michael Flynn, is not something McCabe should just get away with. 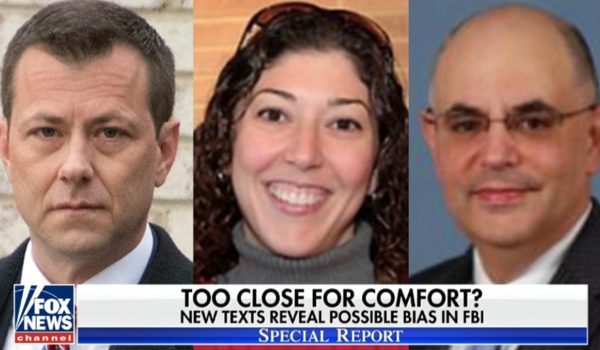 BOMBSHELL: Strzok sought to use personal relationship with recused judge on Flynn case; *UPDATE* More texts
Next Post
Latest effort to erase Civil War tribute centers on general who fought AGAINST the Confederacy 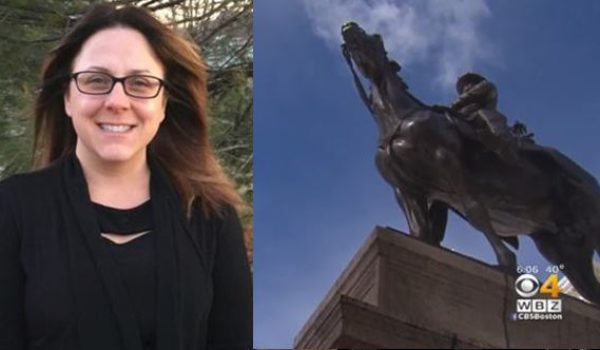