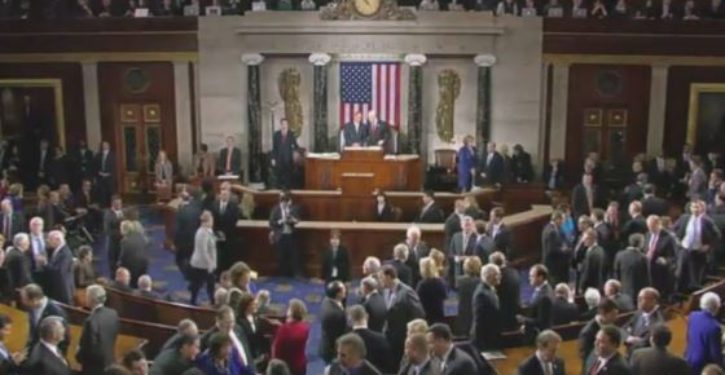 The assault happened after Interior Secretary Ryan Zinke finished testifying on the department’s 2019 budget proposal before the House Committee on Natural Resources. The suspect identified himself as a reporter with American Bridge and pushed a female Interior Department communications official to the floor, chasing after Zinke, The Daily Caller News Foundation learned.

Interior Communications Director Laura Rigas was “greatly alarmed and extremely irate that a female senior member of my DOI Communications team was physically assaulted today by a Democrat staffer from the PAC American Bridge,” she told Politico.

Interior officials filed a police report, The Daily Caller News Foundation has learned, but it has not yet been processed, police said. It will be made public in seven to 10 days once processed. American Bridge did not respond to TheDCNF’s request for comment.

“We are appalled to hear of the events following yesterday’s hearing where a member of Secretary Zinke’s staff was victim to an assault,” committee spokeswoman Katie Schoettler told TheDCNF.

“These actions are reprehensible and have no place in this body. We thank the U.S. Capitol Police for their quick response and professionalism,” Schoettler said. “The USCP is now handling the matter.”

Police took the American Bridge operative into custody on Thursday. Police “arrested an adult male for simple assault against another individual outside room 1324 in the Longworth House Office Building,” an officer told Politico on Thursday.

“The suspect was transported to USCP Headquarters for processing,” the Capitol Police officer told Politico.

American Bridge is a political action committee dedicated to “holding Republicans accountable for their words and actions,” according to their website. American Bridge is known for having operatives follow Republican candidates on the campaign trail.

Democratic operative David Brock founded American Bridge in 2010 and raised tens of millions of dollars to support liberal candidates. The group has been described as an “opposition research hub of the Democratic fundraising apparatus.”

Liberal billionaire George Soros donated $2 million to American Bridge in 2016, and the Tom Steyer-founded NextGen Climate Action regularly donates money to the group, according to the Center for Responsive Politics.

The group told Politico they were not aware of the incident, but would be looking into it. 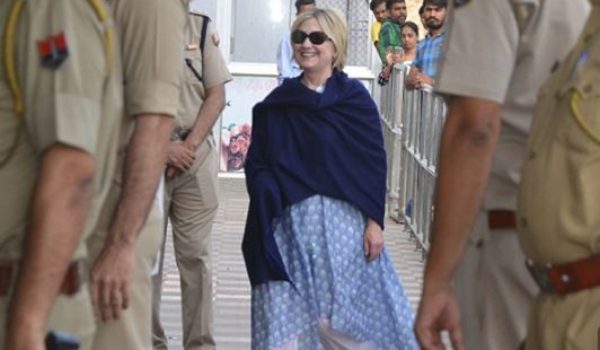 Hillary Clinton wears extra-long sleeve to hide her broken wrist
Next Post
We’re calling it: The 5 undeniable signs that we’re in a new cold war