With interesting timing, the rebuttal memo from the Democrats on the House Intelligence Committee was just released (on Saturday, 24 February).

The memo can be read in full here.  If you’ve been keeping up with this story, you’ll be able to detect all the ways in which the points in it are simply reframed for special pleading.  I’ll mention a couple of those in a moment, but basically, that’s what the entire document is: a special-plea brief.

There are points of fact on which it purports to differ with what we understand to be the public record.  A major example is when the FBI first received information from the Steele dossier.  The Democrats’ memo asserts at least twice that the FBI didn’t have the Steele dossier until mid-September.

By contrast, the New York Times and the Guardian have both reported that Christopher Steele met with at least one FBI agent (and reportedly a group of them) as early as 5 July 2016, and provided information from the dossier at that time.  The original House memo, written by the Republicans, alluded to that as a possibility, but did not confirm it outright, suggesting that the information actually available to the House from the FBI has not included specific reference to such meetings.

However, the Democratic memo is also careful to say that it was the investigators preparing the FISA application who didn’t receive the Steele dossier until mid-September.  There were others in the FBI who already knew about it.  This excerpt is from page 3 of the memo (screen cap below):

In fact, Steele’s reporting did not reach the counterintelligence team investigating Russia at FBI headquarters until mid-September 2016, more than seven weeks after the FBI opened its investigation, because the probe’s existence was so closely held within the FBI.

As readers will see, footnote 6 is entirely redacted, so there is no means of verifying how likely this is to be true.  But if Republicans were special-pleading this case, to counter a Democratic assertion that the FBI had probably used the dossier to justify the FISA application, the Democrats would hoot and catcall all over such a special plea.  And rightly so.  Knowledge of the dossier within the FBI was reportedly held at a supervisory level, meaning that whatever the mid-level investigators knew, the officials (at least some of them) who had to approve the FISA application before sending it to DOJ and the court had been aware of what was in the dossier well before late October.

In fact, so were the investigators, if they got it in mid-September.  The Democratic memo basically steps on itself trying to frame a special plea.

Just one other example, from page 5-6.  The Democrats try to make the case that the FISA application did clarify the original purpose of the Steele dossier as gathering opposition information on Trump.  But their passage cited from the application doesn’t do that.

Again, here is a screen cap (in the interest of getting this posted rather than wasting time retyping things).

It is by no means clear that “Candidate #1” would be Donald Trump.  Discrediting Hillary Clinton by researching her connections with the Russians would be just as likely.  The references to candidates by number would be maintained throughout the FISA application; if there is no initial identification of the candidate in question, then he or she will be referred to without identification at all times.  So references to “discrediting Candidate #1” would not clarify that the research involved was meant to discredit Trump.

What we don’t know is if the application was framed to make it clear that surveillance of Carter Page was intended to discover potential connections that implicated the Trump campaign, or Trump himself, with Russia.  We’d have to see the entire application to determine that.

But my initial supposition would be that it didn’t.  It matters which candidate’s potential links to Russia are being investigated, if some of the information used to justify a FISA application came from political oppo research on that candidate.  Even if the application just spoke of “Candidate #1” the whole time, the judge would pick up on that point if the FBI said plainly, “Some of what we’re using to probe the links of Candidate #1 comes from oppo research done against Candidate #1 on behalf of Candidate #2.”

My guess is that FBI didn’t clarify that.

Delta, United Airlines add their names to list of companies declaring war on NRA
Next Post
Florida to waste $300 million on cops in schools 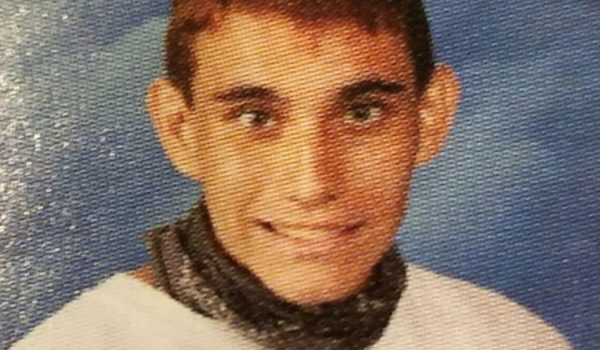