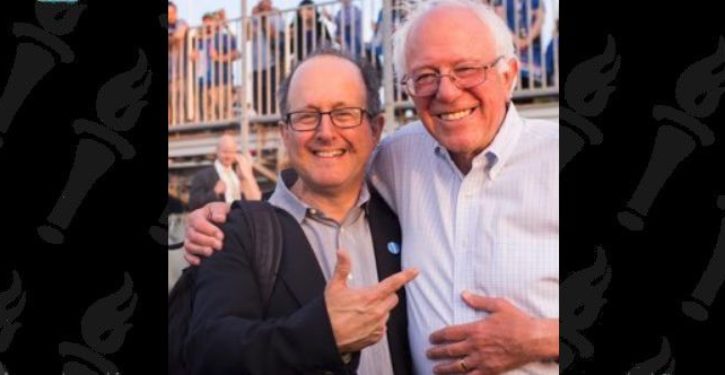 Jonathan Tasini, left, with the kind of man he admires (Image via Twitter)

The party of tolerance and compassion was in rare form again yesterday following reports that a train carrying Republican lawmakers en route to a West Virginia retreat had collided with a truck, killing one.

Following the lead of kindhearted liberals who had tweeted out their regrets that “more Republicans weren’t shot” in the baseball field shooting in June that seriously wounded Republican Majority Whip Steve Scalise, CNN “talking head” Jonathan Tasini tweeted  Wednesday that “God is working hard today to clean up the stink”:

Unluckily for him, none of the “Goopers” on board the train was hurt. In fact, two of the Congressmen who were doctors were the first to respond to the victims and provide first aid until the EMTs arrived.

Tasini wasn’t the only cretin to take delight in a calamity. There was also this charmer, also since deleted: 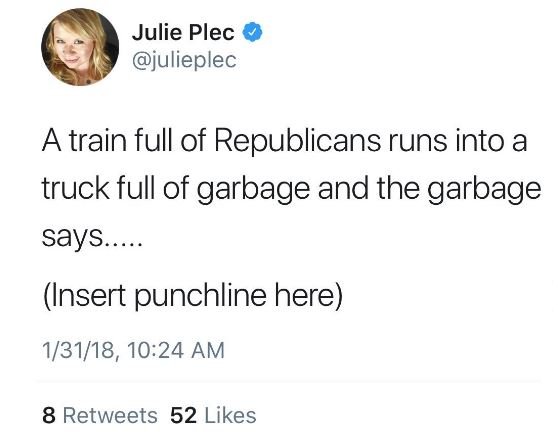 Some chose not to delete their messages, but probably should have:

An AMTRAK train carrying Republican members of congress has hit a dump truck near Charlottesville: Hazmat workers on the scene are reportedly having trouble discerning which garbage is more hazardous — Republicans or the trash from the truck. #TrainCrash

Then there was The Daily Beast’s Sam Stein, who quipped that the crash is a “metaphor” for the Republican Party.

As WH considers release of FISA memo, Mueller homes in on story about Trump Tower meeting
Next Post
Cartoon of the Day: White (rich Kennedy) privilege 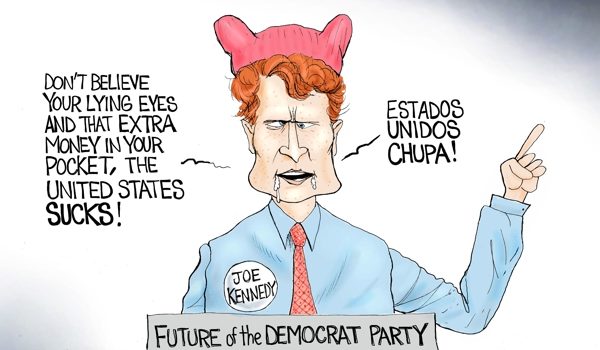