David Martosko of the Daily Mail was supposed to be the print pool reporter covering the Hillary Clinton campaign today. But for some unknown reason Martosko has been denied access. (For non-major campaign events, often the  correspondents will choose a rotation of reporters who will send their notes to everyone in the pool. The campaign is not supposed to interfere with whom is chosen or have a say as to who will travel for the day.)

Martosko, who used to work for the Daily Caller,  was informed by Hillary for New Hampshire staffer Meredith Thatcher that he was not approved for Monday’s pooled events.

Per a report in the Daily Mail:

When Martosko asked Thatcher to phone her boss, Harrell Kirstein, he was again told that he had not been approved by the campaign.

Martosko pressed further and asked Thatcher if he was being prohibited from getting on either of the pool vans, to which she replied; ‘I’m afraid that’s right.’

When he asked why, she responded; ‘All I know is what Harrell has told me. I got an email saying the print pooler would be changed for today. Sorry.’

Martosko then spoke with Clinton press aide Nick Merrill for 10 minutes and learned that the campaign would not be allowing the designated print reporter to cover Mrs. Clinton today.

According to the Daily Mail, Merrill couldn’t even give a straight explanation for why a ban had been imposed:

First he confirmed that the concern had to do with the Daily Mail’s status as foreign press, saying; ‘We’ve been getting a lot of blowback from foreign outlets that want to be part of the pool and we need to rethink it all, maybe for a day, and just cool things off until we can have a discussion.’

Martosko then informed Merrill that the Guardian is part of the pool, and that the pool does not discriminate on the basis of media ownership.

Merrill said that the campaign’s position is that the Daily Mail does not qualify because it has not yet been added to the White House’s regular print pool – something Martosko informed him was a timing issue, not a White House choice, since Francesca Chambers, the Mail’s White House correspondent, has been vetted and has a hard pass.

‘We’re just trying to follow the same process and system the White House has,’ said Merrill.

Merrill then insisted that the decision had ‘nothing to do’ with the campaign considering the Daily Mail foreign press.

‘We don’t consider you foreign press,’ he said.

Merill then added; ‘This isn’t about you. It’s about a larger—’

This move to keep the pool reporter from covering the campaign is a “rookie” move by a supposedly savvy campaign. Making this even worse is the fact that  Hillary has been ignoring the press since she announced her candidacy.
Disregarding the media reflects how little Mrs. Clinton regards the American people. Not everyone can attend campaign events, and only through the press can voters learn about her positions and reactions to questioning. Perhaps she is afraid of the voters finding out for what she stands for. 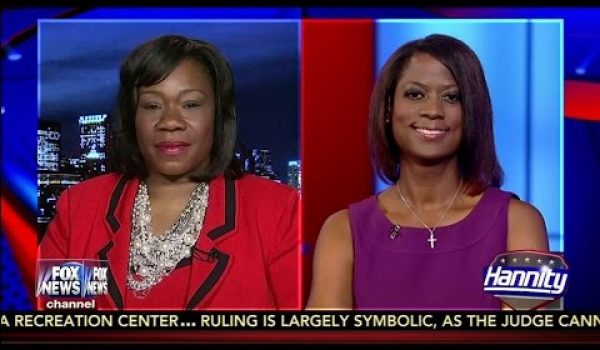