During 2018 expect blathering media discussions about prospective Democratic presidential candidates gearing up for the 2020 election. (Enough at this writing to fill several mini-vans.) You will hear pundits refer to an ongoing “invisible primary” where presidential wannabes vie for early big money backers and high-powered strategists who in turn will ask the only question that matters: “Can this candidate win 270 electoral votes?”

The answer is more pertinent than ever given that in 2016 Donald Trump won the presidency with 304 Electoral College votes but lost the popular vote to Hillary Clinton by 2.8 million votes. This quirky outcome, last seen in the 2000 presidential election, not only confounds and angers the American people but helped to delegitimize Trump’s victory in the eyes of half the country.

Nevertheless, a presidential candidate must win at least 270 electoral votes, it’s the law of the land and is inextricably linked to the overused phrase “battleground states.”

For some perspective on the excessive attention the battleground states received during the 2016 presidential election, here are some eye-popping facts:

Now, try to imagine a future U.S. presidential election with no battleground states.  Instead, the entire nation becomes one giant battleground resulting in presidential candidates campaigning throughout the nation instead of just the 12 battleground states. Surprisingly, even as Trump was the victorious beneficiary of the Electoral College after losing the popular vote, in a CBS “60 Minutes” interview on November 13, 2016, then President-elect Trump said:

I would rather see it [the presidential election] where you went with simple votes. You know, you get 100 million votes, and somebody else gets 90 million votes, and you win.  There’s a reason for doing this. Because it brings all the states into play.

A direct vote for president or what Trump called “simple votes” eradicates the concept of battleground states. A direct vote would also help end our national preoccupation with red states and blue states, first used during the 2000 presidential election and tied to whether a state’s electoral votes begin the presidential campaign in the Democrat or Republican nominee’s “safe column” ultimately adding up to 270. For example, in 2016 Clinton started with 16 states and the District of Columbia totaling 200 electoral votes. Trump started with 22 states totaling 179 electoral votes. That is madness and undemocratic. It’s like starting a football game with touchdowns already on the board.

Unfortunately, a majority of reliable, solid red and blue-states verses the smaller number of unpredictable battleground states is a function of the Electoral College system gone awry reflecting massive national polarization. Then consider this quirky fact: There is only one battleground state among the four highest population states of California, Texas, Florida, and New York.

Additionally, when Trump said, “simple votes” would bring “all the states into play” it is also highly likely to boost the number of Americans who would cast presidential ballots in future elections — from 60 percent in 2016 and 58 percent in 2012 —  to a higher percentage. Such an increase is plausible and predictable because currently, Democratic voters living in traditional “red” states and Republicans in traditional “blue” states often feel that their presidential votes are wasted through the Electoral College system.

Predictably, after the 2016 election, Americans’ support for the Electoral College increased, largely by Republicans favoring the system that delivered Trump to the White House in spite of his losing the popular vote. In fact, a December 2016 Gallup poll found that only 49 percent of Americans wanted to amend the Constitution to allow for a popular vote for president compared to 62 percent in 2012 and 61 percent in 2004.

Thus, after the 2020 presidential election, watch if the percentage of Americans favoring direct popular voting bounces back to its “normal” levels hovering around 60 percent — where it has been since 2001.

Therefore, if you are an American voter in favor of direct popular voting and believe that the Electoral College is flawed, (Warning GOP: Florida could turn permanently blue in 2020), there is an alternative hybrid plan that keeps the Electoral College in place while instituting direct popular voting. The proposal is officially called The National Popular Vote Interstate Compact.

John Koza, chairman of the National Popular Vote, in an editorial in USA Today on Nov. 10, 2016, wrote:

The proposal allows legislatures to use the power to award electors granted to states by the Constitution. These states will award their electors as a block to the candidate who wins the most popular votes in all 50 states and Washington, D.C.

In essence, the National Popular Vote changes our method of electing a president to direct popular vote but does not require a constitutional amendment. In fact, the Electoral College stays intact along with state control of elections.

After the 2016 election when the Electoral College winner lost the popular vote, Republicans lawmakers in various states voiced more opposition to the National Popular Vote than in previous years. But in 2018, undeterred and believing in their cause, backers of the National Popular Vote in numerous state legislatures across the nation will continue the long, arduous task of trying to pass the bill through upper and lower chambers in hopes that it will eventually land on a governor’s desk for signature.

With the 2020 presidential election soon upon us, once again, the great majority of general election money and energy will be spent in 12 states while presidential candidates practically ignore the vast majority of voters residing in the remaining 38 traditional red or blue states. Summing up that reality is Saul Anuzis, a leading consultant for the National Popular Vote and a former Michigan Republican State Chairman who says:

Even President Trump in a late December  New York Times interview echoed Koza when he said,

I campaigned for the Electoral College, and you know, it’s a totally different thing.

Yes, it is a “totally different thing” and unfair to Americans in 38 non-battleground states who are reduced to mere spectators, while watching all the action in 12 states. Ultimately, the National Popular Vote Interstate Compact would mean that every American vote for president would make a difference in determining the winner. What a revolutionary concept! 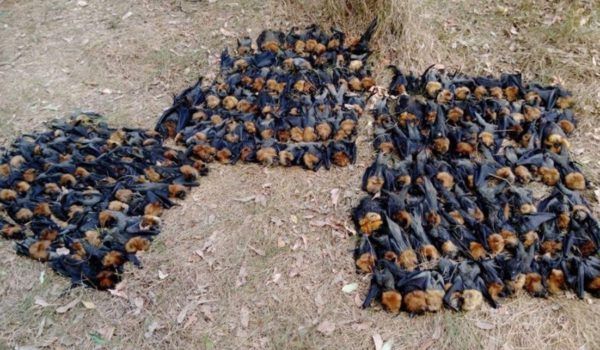