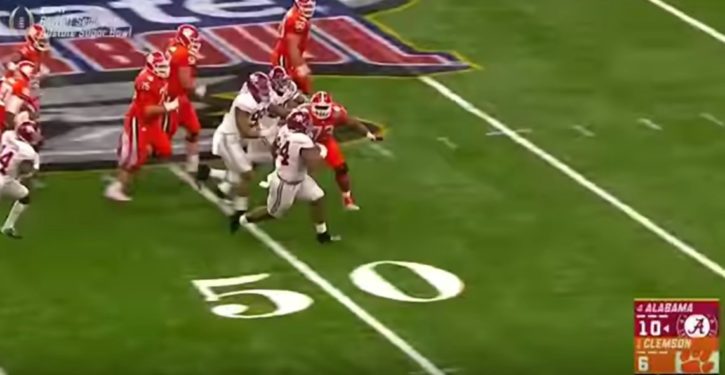 The theory here at your LU Football Commentary Service is that SEC teams know how to beat each other in the clutch, even if they’re not so much all that on any given Saturday.

Obviously, everybody knows that either Clemson or Oklahoma would have wiped the floor with Central Florida, much less Alabama or Georgia, which nevertheless both lost to Auburn, which then lost to 13-0 Central Florida in the Chick-fil-A Peach Bowl.

(Cue massive – and hey, partly justifiable – howl from UCF fans.  But remember, the NCAA FBS contest isn’t about straight game-winning.  It’s still a hybrid beauty contest, in which the East German judges are some combination of prejudiced, and right.  On strength of schedule, an AAC team will never have the resume to beat out any of the top 10 teams from this season.)

Ohio State and Penn State would have been much more likely to beat UCF than not.  Not as confident about Wisconsin (let’s be honest, they don’t really have an offense) or Miami (Da U; similar comment on defense).  But we’d put them in the Auburn category.  As likely to beat UCF as not.

Which, if you saw the game (the Peach Bowl), was about how it was.  It was a close-fought contest that could have gone either way.  Auburn has a sometimes-surpassing-excellent D, and a pretty good O – as top 10 teams go.  The UCF D is very good.  Against a pretty good O.

And even Oklahoma could shut down the UCF offense.

All that is to say that Auburn beat Georgia (during the season) and Alabama, both, through thoroughly understanding, and being raised in the environment of, their defense-intensive SEC style of football.  That’s our theory, and we’re sticking to it.

So it means that, all other nonsense aside, tonight’s championship game will be a classic SEC-fest.  Georgia didn’t shut Oklahoma down quite as effectively as Alabama shut Clemson down last week, but Oklahoma brings considerably more in terms of skill-player depth on offense than Alabama, and somewhat more than Clemson.  Georgia can beat Alabama.

Alabama can beat Georgia too.  The OU defense Georgia outscored last week was about average for what they faced in 2017.  Taking nothing away from the Georgia offense, but let’s be real: Auburn’s is the only SEC-West defense the Bulldogs played this year, and they ended up 1-1 in two outings.

We liked Georgia’s defensive anticipation and execution in the Rose Bowl Game Presented by Northwestern Mutual, against an Oklahoma offense whose main vulnerability has been its O-line.  Alabama will be less dependent on the line (which nevertheless is one of the best in FBS ball), and more on frustrating defensive anticipation, because that’s how the SEC rolls.  Design your run-a-lot offense to get past an SEC defense as consistently as possible, and let other conferences do the chewing-up-yards and breaking-it-for-all-it’s-worth thing.

We expect more scoring than the typical SEC Classic.  But if you like seeing defenses rule, tonight’s your night.  Georgia’s Butkus laureate Roquan Smith is really, really good.  And as of this writing, Alabama has regained its Number 1 defensive rank in the nation.  Hooo-boy.

The Tide gives 4 rolling into Mercedes-Benz in Atlanta, where temps will be in the 30s, with precip.  We are reliably informed that the roof will be closed.  As SEC games go, it will be chilly, but the weather won’t present either team with anything to worry about.

This leaves us with our perennial Nick Saban Watch.  He’s getting a bit long in the tooth, and doesn’t resemble Rick Perry quite so much now that Perry has pretty much gone all the time to the, erm, distinguished-gentleman glasses. (Which look like something the Navy Nuclear Power organization hands out to its newbies in Week 1.)

But Lane Kiffin, that evergreen source of bankable opinion, says Saban does so yell at his assistants, like, all the time.  Kiffin is just the fellow who’d feel it necessary to give pushback on that via Twitter, which is why we can’t imagine a world without him.  Who needs the toxic masculinity of shutting up about that stuff, when you can whine about it in public?

coach Nick Saban: “I don’t yell at my assistants very much at all…” Are these real quotes? I don't get upset at my coaches much?????? We tell our players to control their emotions during the game bc when emotions go up decision making goes down but…. RTR https://t.co/EurFYX2hzw

We’re sure he and Florida Atlantic are very happy together.

Georgia’s Kirby Smart, of course, knows what it is to not be yelled at by Saban, having been Saban’s long-time sidekick, and DC at ‘Bama for quite a few years before the move to Athens.  In SEC terms, Smart went off to a foreign country when he left the West Division for Georgia.  But clearly he and fellow Tide coaching alum Glenn Schumann have been spreading the gospel of SEC defense there, and training them up in the way they should go.

Smart and Saban know each other well, so as the sportsbabblers are tirelessly pointing out, there’ll be a bit of an “epic duel” aspect to today’s game.  Smart has the public patter thing down at least, consistently gracious to the point of being unquotable.  He’s no Lane Kiffin, let’s just say that.

But he gets high marks for team leadership.  It seems he and Saban have both had their teams watch the movie 12 Strong in the run-up to the game:

Coincidentally, both teams will be doing much of the same activities in the day before the game. Smart joked that “I’m just doing whatever he did.”

And that means Georgia will go see the movie “12 Strong,” which tells the story of a Special Forces team in Afghanistan following the September 11 attacks. In fact, Smart said it’s the same theater where Alabama will be going to see a movie, and they had to set it up so they would be at least 10 minutes apart.

Saban, who had his team watch “12 Strong” prior to beating Clemson in the Allstate Sugar Bowl last week, chimed in.

Best of luck to both contestants.

We pause to properly note that North Dakota State prevailed in a hard-fought, very entertaining 17-13 game over James Madison this weekend, to snag a sixth FCS championship.  Well done, and congratulations to both teams for tremendous seasons.

Exit thought, as the fat lady vocalizes in the practice room: how the wheel turns, eh, when you talk about Oklahoma – the whole Big 12, in fact (which is a mutant-DNA concept to begin with) – being long on air-war skill playing, and short on offensive line.  Sometimes it seems like life can be too long.  What if this wheel turns again?  It could happen. 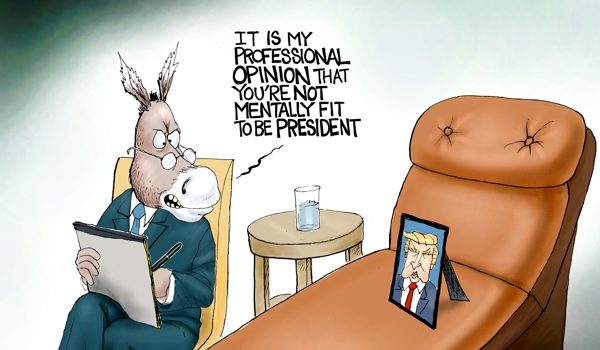