On Saturday, far-left Sen. Cory Booker (D-N.J.) spent the day barnstorming with Democrat Doug Jones in Alabama, hoping to turn the electoral tide against Judge Roy Moore. While doing so,  he pushed the fake news story that Moore was banned from a mall in Gadsden decades ago — a story that has been soundly debunked.

“If a person is banned from a mall they should definitely not be in the United States Senate,” the New Jersey Democrat told Vice News’s Alexandra Jaffe.

.@CoryBooker told me he'd do everything he can not to serve w/Moore. "If a person is banned from a mall they should definitely not be in the United States Senate" #ALSen

That claim from Booker is 100 percent factually inaccurate. Moore was never banned from the mall, mall manager Barnes Boyle said.

“Sure, it’s part of the job, yeah. We did have written reports and things, so, but to my knowledge, he was not banned from the mall,” Boyle told local Alabama station WBRC last month.

Despite the untrue nature of this allegation against Moore, the fake news media and critics of Moore have repeatedly pushed the falsehood against him — and now Booker is doing so. Booker also threw in with the other questionable allegations against Moore.

Well I am in the United States Senate & I don’t want to be next to you wondering if Senate Pages will be safe from your advances.

Your bigotry, ignorance, and hate has no place in the Senate. I’m going to my ancestral home state of Alabama today to lend a hand in defeating you. https://t.co/BiFmLP549I

Booker also used the effort as an excuse to call for Donald Trump’s resignation from the White House, Breitbart added:

Booker’s efforts to push inaccurate information about both Moore and Trump — and his decision to use a Jones campaign event to call for Trump’s resignation as president of the United States — only serve to undermine Jones’ efforts to win the election in Alabama. Jones has already had a tough time claiming he is a moderate who can work with Republicans, and he is literally running television ads right now claiming he is not a radical leftist Democrat, despite his record on the issues.

But when his surrogates are pushing for President Trump’s removal from office — and they consider this election a referendum on whether Trump should remain president — it makes it much easier for Moore to publicly support Trump’s agenda and note that Jones is a radical leftist who will oppose the president at every turn. It also helps President Trump’s criticisms of Jones on the issues, for which he has many, and Trump’s call for Alabamians to back Moore for the Senate resonate further in Alabama.

Booker may have just blown whatever slim chance Jones has left, and if Moore does end up pulling through and winning on Tuesday as expected now, Booker may have just handed the moral high ground back to Trump and Moore and the anti-establishment by making this a referendum on Trump’s presidency.

It’s really no surprise that Booker would push this fake story. It’s also no surprise that Democrats would buy it, given the results of a CBS poll that suggests Democrats are easily swayed by whatever the so-called “mainstream media” says, especially on Trump and allegations of Russian collusion.

Polls, meanwhile, show that Moore leads Jones and could very well win Tuesday’s special election. The only poll that shows Jones ahead is one put out by the Washington Post, the same paper that broke allegations against Moore after endorsing Jones.

Exit question: Will Democrats and their media masters blame Russia and fake news if Moore wins?

On a final note, yours truly spoke with Rabbi Eric Walker about the Roy Moore election Monday morning. You can catch that video below: 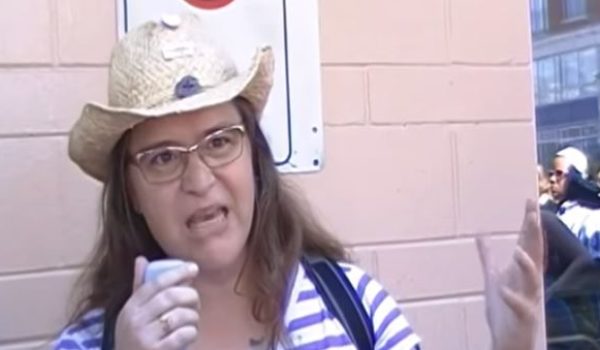