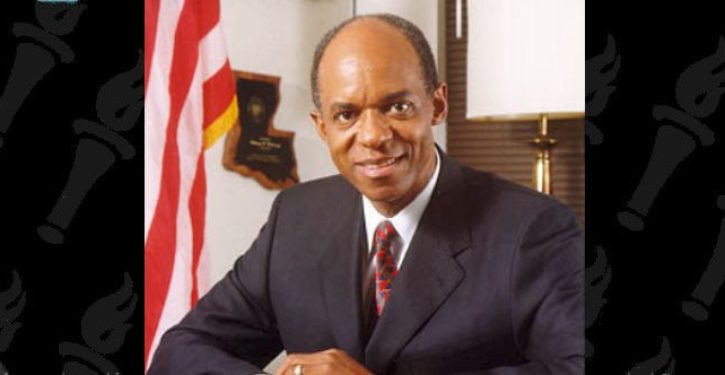 Sometimes, setting the bar higher feels a lot like setting it lower.

Former Louisiana Rep. William Jefferson was released from prison after serving less than half of his 13-year sentence, due to a Supreme Court ruling that increased the prosecutorial threshold for corruption charges.

U.S. District Judge T.S. Ellis III re-sentenced Jefferson, a former Democratic lawmaker, to time served Friday morning after vacating Jefferson’s last remaining conviction, according to The Washington Post. Ellis first sentenced Jefferson in 2009 on corruption charges but was compelled to reduce the 13-year sentence due to the high court’s reinterpretation of what behavior constitutes public corruption.

The Supreme Court case concerning Republican Virginia Gov. Robert McDonnell led to the redefinition of what behavior on the part of an elected official constitutes an “official act,” narrowing the scope of potentially prosecutable behavior.

The conviction on 16 charges stemmed from Jefferson’s involvement in African business dealings, which at one point compelled him to hide $90,000 in his freezer on behalf of the president of Nigeria.

Jefferson’s attorney reached an agreement earlier this week in which the government will retain the $189,000 seized from Jefferson and will not press further charges.

“Public corruption is a cancer on this country and it needs to be revealed, prosecuted and punished,” the judge said. “I think it now has been.”

He added that the decision should not be interpreted as an endorsement of Jefferson’s conduct, which he referred to as “venal.”

Jefferson, who was released from prison on October but was only taken off court monitoring Friday, will now serve one year of supervised release.

“I’m going to go back home and have a Christmas dinner with my family,” Jefferson told the Post outside an Alexandria courthouse. “Whatever they want me to cook.”

The former lawmaker said there’s “no point in talking about that now” when asked if he believes he acted improperly.

The definition of a “official act” laid out in the McDonnell case also played a role in the recent mistrial in the corruption case against New Jersey Democratic Sen. Robert Menendez.