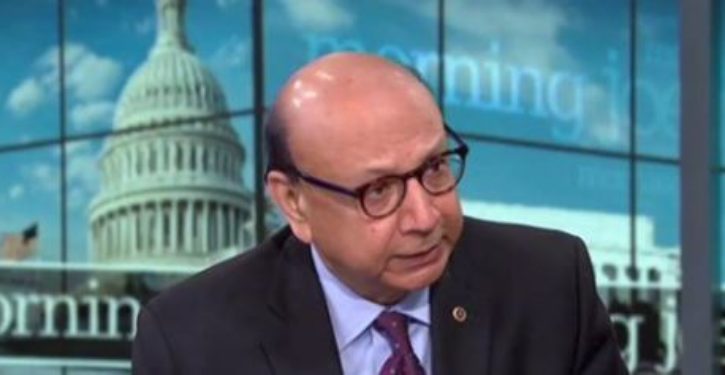 Revealing once again that there is no human sacrifice they are unwilling to exploit for political gain, congressional Democrats sent out a fundraising email from Gold Star father Khizr Khan, citing his son’s death as a reason to donate to their party.

The Democratic Congressional Campaign Committee (DCCC) sent out the fundraising pitch signed by Khan and referencing the death of his son.

Perhaps the two most startling sentences taken together are these: “My son died for this country” and “Will you chip in $1 before midnight.”

Is this what Democrats consider honoring and respecting Gold Star families? Seems ghoulish to say the least.

Take a look at the fundraiser:

“Donald Trump can’t comprehend the sacrifice from our service members and families like mine,” the email reads. “I know the only way to stop Trump is to win a Democratic House.”

It’s an interesting assertion considering that twice the number of American troops in Afghanistan died under Barack Obama than under George W. Bush.

Khan is the Trump-era version of Cindy Sheehan, a Gold Star critic of a president the media despise. He came to prominence after he was trotted out as a speaker at the Democrat National Convention this past summer, asking the future president if he’s ever read the Constitution.

Khan later concocted a story about Trump having his travel restricted because he’s Muslim, though facts would later reveal that wasn’t the case.

Now he’s willing to engage in some ridiculous double standard about “dignity and restraint” when it comes to Gold Star families.

"THIS ISN'T POLITICAL, IT'S ABOUT GOLD ST—- oh." pic.twitter.com/IXMafMRxxQ

Is there a flow chart that I can consult to decide when I'm to listen in solemn agreement to Gold Star families and when I don't have to?

It appears we’re only supposed to respect our fallen military members and their families if they’re rabidly anti-Trump.

Pizzerias still fear Obama regulation that could cost billions
Next Post
Cartoon bonus: The vote is in, and Hillary wins 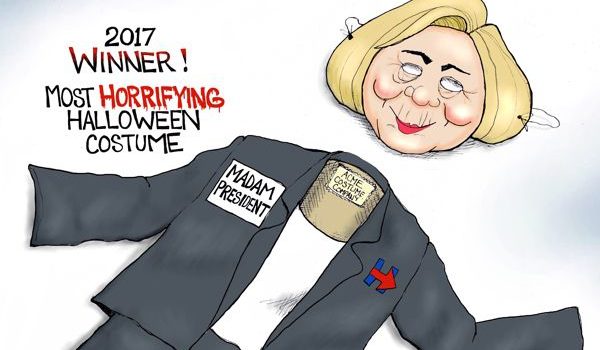