Apparently what you don’t see can hurt you. That’s one takeaway from a story out of South Carolina involving a police officer’s taste in undergarments.

The officer in question, Sgt. Shannon Dildine of the North Charleston Police Department, was fired after posting a pair of selfies to Facebook, one of which showed him scantily clad.

But it wasn’t the “beefcake” nature of the picture that led to the sergeant’s dismissal. Rather it was the design on his boxer shorts, which is that of the Confederate flag.

If Dildine was guilty of anything, it was bad timing. The photo went up in June 2015, five days after Dylann Roof, an avowed white supremacist, massacred nine black worshippers at Emanuel AME Church. Soon afterward, the Confederate flag was deemed offensive and removed from the grounds of the Statehouse in Columbia, where it had flown since the Civil War.

According to The Post and Courier, “The city said Dildine’s picture was inflammatory and showed poor judgment.” Dildine was given his walking papers.

But the sergeant had no intentions of going without a fight. He filed a wrongful termination claim in U.S. District Court.

[I]n his suit that described humiliation and post-traumatic stress disorder, Dildine said he didn’t know Roof had used the Civil War-era flag to express racial hatred. Instead, he claimed the city had discriminated against him because he’s white after a black officer wasn’t disciplined for posing with Black Lives Matter protesters.

Dildine’s suit said he had posted the image to defuse a Facebook discussion about the flag sparked in the church shooting’s aftermath.

“Being born and raised in the Southern United States, [Dildine] did not believe the Confederate flag was a symbol of hate,” the suit added.

On Oct. 19, the case was decided in Dildine’s favor. The state Insurance Reserve Fund will pay him $55,000 in damages.

Study: 44% of DACA illegal aliens worked with stolen Social Security numbers
Next Post
Woody Harrelson: Dinner with Trump was so ‘brutal’ I had to leave to smoke a joint 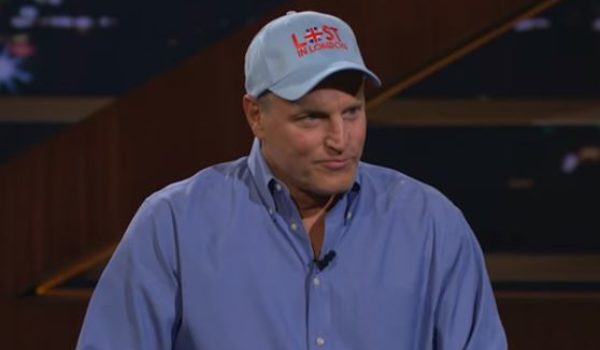