A point of basic confusion has arisen on this, after the garbled presentations from every quarter in the last few days.

So let’s take a moment for a deep, cleansing breath, and reset the narrative that is rapidly turning into fake news.

The Democrats who started funding Fusion GPS for opposition research on Trump in late April 2016 are the ones who paid for the “dodgy dossier” compiled by retired MI6 operative Christopher Steele.

When you’re talking about the dossier, as contracted and shopped by Fusion GPS, it’s all Democrats, if we go by our current information.  No Republicans were involved.  Ever.

Where Republicans (or at least conservatives) were involved was in Fusion research earlier than April 2016, before Fusion contracted with Steele for the dossier.  Before April 2016: no Steele.  No dossier.

At that time, Washington Free Beacon has copped to contracting with Fusion for oppo-type research on the GOP candidates during the primary cycle.  According to WFB, the research it sought was on multiple GOP candidates, not just Trump.  The media site says it had a separate contract with another political research firm on the Democrats (i.e., Hillary Clinton, Bernie Sanders, Martin O’Malley in the early going).

Steele wasn’t in the picture then.  And the timeline of before and after April 2016 doesn’t just come from WFB.  It came, before WFB said anything publicly, from an unimpeachably leftist and pro-Democrat source: the Washington Post.

The first entry in the dossier was dated 20 June 2016.  When the contents of the dossier were first revealed by BuzzFeed, back in January, we didn’t have the data points we have now about the Democrats having contracted with Fusion GPS starting in April, and the GOP-linked involvement having ended before that (as affirmed by WFB on Friday).

So when BuzzFeed reported that the Fusion oppo-research effort had been bankrolled first by a GOP funder, it was natural for analysts to include the dossier in that.

Even months ago, however, it was clear that the work on the dossier hadn’t started before May, at the earliest.  Speculation at the time was that the dossier was started after it became clear that Trump would go to the GOP convention with the delegates needed to secure the nomination.  That clarity emerged in late April 2016 — early May at the latest.

By that time — once more — the GOP-linked involvement with Fusion was terminated.  There was no connection between another GOP candidate, or his backer, and the Steele dossier, through Fusion GPS.

It’s to the Democrats’ advantage for people to keep thinking there was such a connection.  So the alphabet-soup list of MSM talkers isn’t going to stop putting things in those terms.  Expect to see them either ignoring the reality of before-after April 2016, or outright lying as if we don’t have the new information.  You’ll have to keep it straight in your own mind.

Not to water down that point, meanwhile… There is some unfinished business on this.  One bit of it comes from the fellow who told BBC in January that Steele had been paid by Jeb Bush to do research on Trump (as outlined by Thomas Madison).  We don’t know if that happened or not, but keep it straight in your mind: we have no evidence that any such connection was through Fusion GPS, or that it produced what we know as the “Steele dossier.”  So at most, it’s a separate data point, and it has never been “the GOP donor we were looking for.”

The other business is the point that it was a bit odd of WFB to contract for candidate research with a political opposition-research firm.  Journalists have often used gumshoe private investigators, and media outlets have budgets for that.  But it’s less common to pay for what you know will be tailored information from a political standpoint; i.e., “Hey, Fusion, we know your sleazy work; please do some oppo for us on the GOP candidates as if we’re Hillary Clinton.”  (Remember, we did know at the time — in 2015 — that Fusion had painted an evidently false picture of the Planned Parenthood videos published by the Center for Medical Progress in order to impugn the videos, and that Fusion had been behind scurrilous oppo talking points about Mitt Romney in the 2012 campaign.)

Brit Hume was highly dubious about this research motive expressed by WFB, in a tweet he sent on Friday (see the string for full elucidation).

Says it has made a practice of hiring such firms. Not good. But says what it got not part of the later dossier. https://t.co/Ep1WfI6vW9

So we do kind of have to circle back to the point I mentioned on Friday, that Bill Kristol, a virulent NeverTrumper, was involved in the launch of WFB early on.  As LU contributor Jeff Dunetz pointed out yesterday, Kristol’s daughter is also married to WFB Editor in Chief Matthew Continetti.  It’s not unthinkable to wonder if that connection, as well as billionaire Paul Singer’s funding relationship with WFB, had something to do the decision to hire Fusion GPS to wirebrush GOP candidates during the primary season. 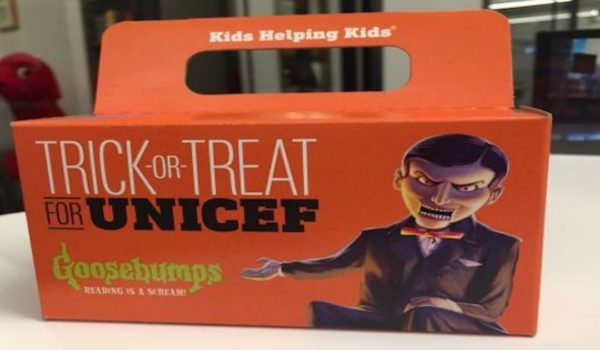 This Halloween please don’t give money to UNICEF
Next Post
Inconvenient: Ocean temps continue to cool