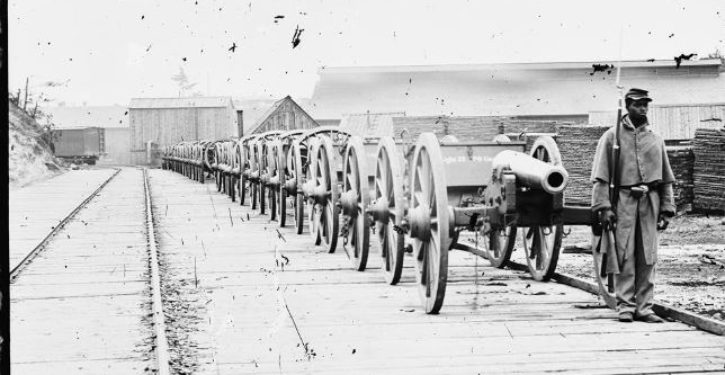 The year was 1858, and, as a candidate for the U.S. Senate, Abraham Lincoln said, “A house divided against itself cannot stand. I believe this government cannot endure, permanently half slave and half free.”

Lincoln lost that Senate election, but two years later, on Nov. 6, 1860, he was elected the sixteenth president of the United States. Then on April 12, 1861, the “house divided” could no longer stand, and the Civil War officially began.

Fast forward 156 years, and national division greater than at any time I have seen in my lifetime. (My reference point is having lived through the ’60s and ’70s.) The difference between then and now is that permanent division has crept into and corroded every segment of our society: culture, government, the military, media, law, the economy, health care, education, race relations, sports, religion, and entertainment.

Politics has devolved not only into a red-state vs. blue-state minefield, but the two major parties are internally fractured beyond repair – leaving Democrats sparring with their far-left comrades and Republicans divided by those farther to the Right. Meanwhile, the prevailing attitude of “you are with us or against us” has resulted in the near-extinction of moderates. Compromise is now considered an evil, almost traitorous act.

That leads us to the overused word polarization – a common, polite, acceptable term used to describe the Fractured States of America. However, what everyone on all sides of the political spectrum instinctively knows, but is afraid to admit, is that under the surface, pressure is building – volcanic-like pressure that could inevitably lead to a politically cataclysmic event or series of events that bursts the bubble of civility, and all hell will break loose.

This week, I read a New Yorker article titled “Is America Headed for a New Kind of Civil War?” In attempting to answer that question, the author, by Robin Wright, had a disturbing conversation with national security expert Keith Mines. Wright writes, “He returned to Washington after 16 years to find conditions that he had seen nurture conflict abroad now visible at home. It haunts him.”

Mines, believing that Civil War levels of anger are prevalent today in the U.S., told Wright, “It is like 1859, everyone is mad about something, and everyone has a gun.”

Mines’s quote got me thinking about a political event that could potentially lead to Civil War type rage – the midterm elections – scheduled for Nov. 6, 2018.

If (and that is a big if, but not improbable) Democrats win the 24 seats needed to gain back control of the House of Representatives, there is broad speculation that they are likely to begin impeachment proceedings against President Trump.

Furthermore, we could expect even darker war clouds and maybe even an impeachment conviction if Democrats also win control of the Senate. (Again, takeover not likely, but if so, two-thirds of the Senate must vote to convict. But always remember nothing is impossible in politics, and always expect the unexpected.)

At the very least, as I wrote back in May, Democrats are likely to use impeachment as a fundraising tool and a get-out-the-vote message because it is an easy emotional pitch for Democratic candidates to say, “Trump, you’re fired,” or “You vote, we impeach.”

But one congressman can’t wait! As reported this week in The Hill:

Green said he would file an impeachment resolution next week while condemning Trump’s attacks on NFL players who have kneeled during the national anthem to protest police brutality.

Certainly, the bar for what constitutes an impeachable offense has been lowered.

Regardless of what one thinks of the antics, the long-time Trump confidant is an expert on American politics, past, present and future. (Stone famously helped convince Trump that he should run for president in 2016 because he could win over an angry electorate.)

With that in mind, Stone was quoted in a Sept. 15 Washington Post analysis as predicting insurrection if Trump were impeached:

In a recent interview with TMZ, President Trump’s confidant Roger Stone was asked about the prospect of the president’s impeachment, a topic that has occasionally arisen in recent months. ‘You will have a spasm of violence in this country, an insurrection like you’ve never seen,’ Stone responded. ‘The people will not stand for impeachment. A politician that votes for it would be endangering their own life.’

Sure, Roger Stone is known for using colorful words and phrases, and sometimes he exaggerates for effect in media interviews. But Stone’s TMZ quotes have some merit because the mainstream media have little understanding how strongly Trump supporters would stand by their man if he were impeached.

For example, this week I chatted with my Trump-supporting neighbor who is a retired, worldly gentleman. When I asked if he still supported Trump, he gleefully replied, “I love Trump more every day because he is standing up and defending America.”

That’s precisely why I agree with Stone’s assessment that Trump’s impeachment would trigger a “spasm of violence” given that Trump lovers love America and love that Trump loves America – and would gladly defend both.

All we know for sure is that the 2018 midterm elections and its aftermath have the potential to be unlike any other. Our “divided house” stands on unstable ground, and only with God’s help will it stand strong. 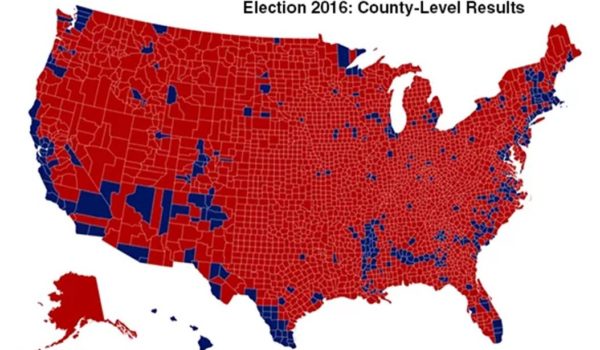