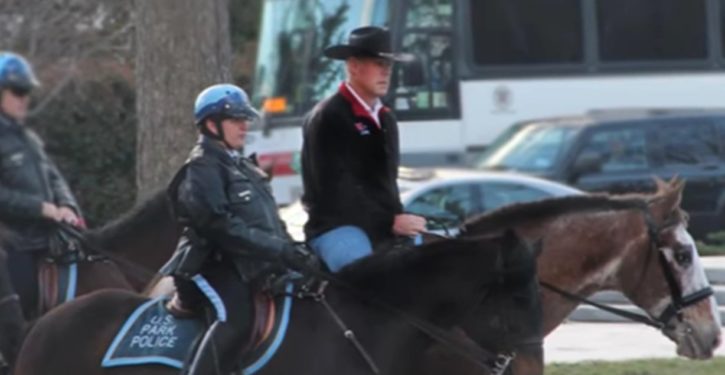 Interior Secretary Ryan Zinke said Friday that the Trump administration will protect the dominant position of the U.S. in the global energy markets and not surrender to other forces.

“Our decisions will be guided by our flag and not kneel to anyone,” Zinke told an audience during a speech at the Heritage Foundation. He leaned in to the crowd, which included several activists heckling the agency for supporting fossil fuels, and reiterated the phrase: “not kneel.”

There are “two visions” for the country’s future, Zinke said.

“One side believes we should retreat into a fortress of regulation and red tape, where foreign nations take the lead as America drowns itself in process and procedure,” he said, directing his comments at the hecklers. “This is not the vision of President Trump.”

He also noted that President Donald Trump and his administration are committed to making the U.S. the strongest energy producer on Earth.

“Our goal is an America that is the strongest energy superpower this world has ever known,” Zinke said.

Zinke was roiled in controversy Friday when a report from The Washington Post showed that he chartered a private jet to conduct official Interior Department business.

He took a four-hour flight from Las Vegas to Kalispell, Mont., aboard a private plane owned by Jay Nielson, the executive vice president of oil and gas exploration company Nielson & Associates, the report notes. His flight cost $12,375, an Interior Department spokeswoman told reporters. 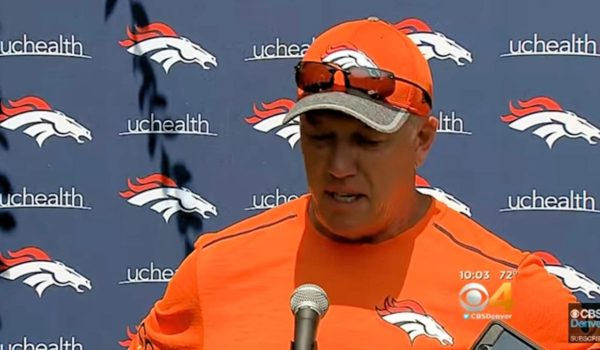 Elway: ‘Always believed in standing’ for anthem; America ‘greatest country in the world’
Next Post
The anti-Trump triumvirate stumping POTUS