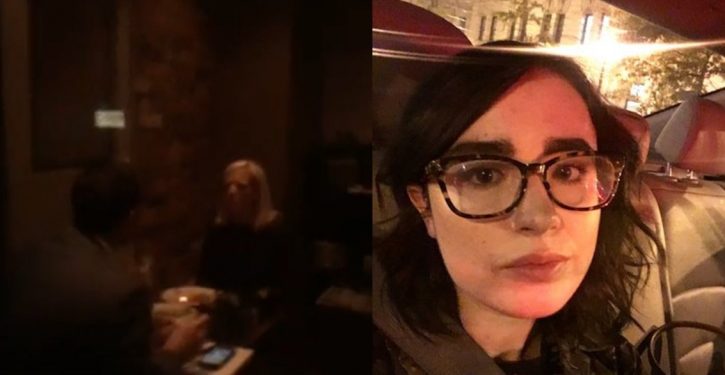 One of the activists who chased Homeland Security Kirstjen Nielsen out of a Mexican restaurant Tuesday night over the Trump administration’s immigration policies is an employee of the Department of Justice, The Daily Caller News Foundation has confirmed.

Members of the Washington, D.C., chapter of the Democratic Socialists of America crashed Nielsen’s meal with a demonstration full of chants and other outbursts.

One of those participants, Allison Hrabar, actually works for the Trump administration — as a paralegal in the DOJ.

“Kirstjen Nielsen, you’re a villain, locking up immigrant children,” activists can be heard saying in a video.

An employee within the Trump administration initially tipped TheDCNF off about Hrabar’s presence at the protest.

The Washington Examiner spoke with Hrabar Wednesday and she defended her behavior as off government time and a use of her First Amendment rights. (RELATED: ‘Fascist Pig!’ — Chanting Socialists Chase DHS Secretary Nielsen Out Of Mexican Restaurant)

“If you see these people in public, you should remind them that they shouldn’t have peace,” she told The Examiner. “We aren’t the only ones who can do this. Anyone who sees Kirstjen Nielsen at dinner, anyone who sees anyone who works at DHS and ICE at dinner can confront them like this, and that’s what we hope this will inspire people to do.”

Despite Hrabar’s claims of keeping her personal politics outside of her time as an employee of the federal government, a look at her Twitter account, @allisongeroi, features tweets during the workday openly celebrating her behavior Tuesday night.

“Keeping families together in jail is not an acceptable solution,” Hrabar tweeted Wednesday afternoon at 1:56 PM.

Following the protest, Hrabar tweeted that, “No one who has ever made their living terrorizing immigrants deserves peace. If you see one in a restaurant, at a movie, or in your neighborhood, remind them of that.”

Hrabar has worked at the DOJ since July 2016. Prior to that, she was a student at the selective Swarthmore College where tuition runs over $50,000 annually. She previously attended a charter school in Arizona.

A Justice Department official, after being asked about Hrabar’s conduct, told TheDCNF that she cannot comment on personnel issues.

Trump order on family separations is NOT a reversal of policy, but it does punt a key issue
Next Post
‘Secret stuff’ on Russiagate – Part 3: Enter the woman 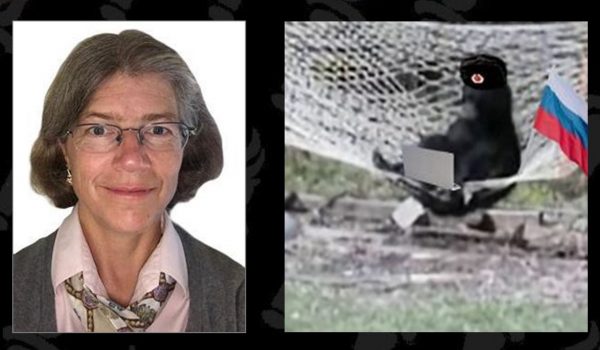