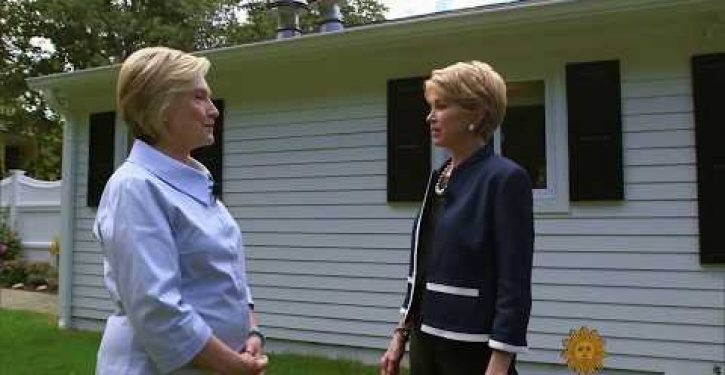 It sounded pretty unconvincing at the time. It was September 2016 when the New York Post broke the story that the Clintons had shelled out $1.16 million to buy the house next to their own in Chappaqua. The reason the couple gave for the purchase was that it would provide a “retreat” for Chelsea and her family when they came to visit.

But why would their daughter need a place to stay when visiting since she lives only 20 miles away? Besides, the Clinton mansion has 5 bedrooms and four baths. Allowing for the fact that the former president and first lady most likely have their own private bedroom, that still leaves three bedrooms for Chelsea, her daughter, and husband.

It seemed silly and extravagant at the time. But the second house was never intended as a getaway for the Clinton’s daughter and her family. Hillary Clinton revealed the real reason in her interview yesterday with Jane Pauley. The answer comes at around 0:58 in the video below:

Yep, you heard right. It was to accommodate White House staff after she won the election, as she inevitably would — or so she thought. Talk about your chutzpah.

In case you’re wondering about security, the property has a capacious barn that is used by the Secret Service as their round-the-clock headquarters.

Here is something for Hillary Clinton to mull over now regarding the purchase of that neighboring house. For a candidate who professed to be looking out for the middle class, wasn’t she concerned that such an extravagant expenditure for something so trivial might have turned off some prospective voters? And if she wasn’t, shouldn’t she have been?

Granted, some voters might have been offended to know the truth behind why she made that purchase, which is an extreme case of measuring the drapes in the Oval Office. But at least she could have rested easy in the knowledge that for once she chose the truth over a lie. 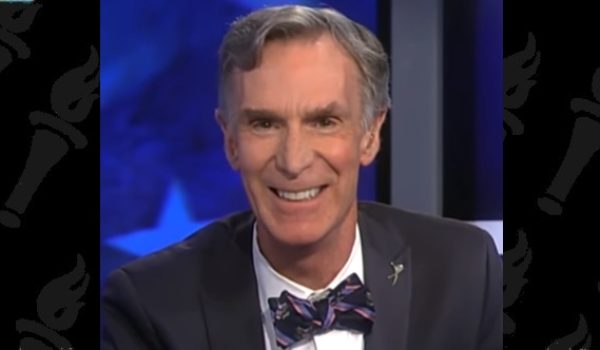