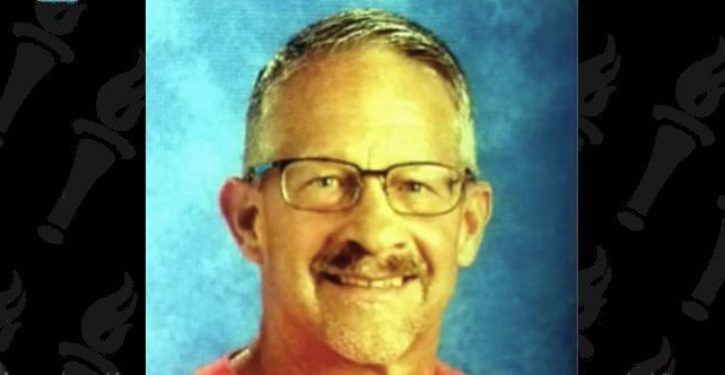 A New Jersey high school teacher has been suspended from his job for expressing support for arming teachers after the Parkland school shooting.

Cherry Hill High School history teacher Timothy Locke, 59, said he was placed on administrative leave last week because he spoke out in one of his classes about arming teachers and ramping up school security to try and prevent a school shooting.

Locke allegedly said that a similar shooting could happen at Cherry Hill and he would put himself between the gunman and the students.

Most of the students reportedly didn’t have a problem with Locke’s comments, but one was so distraught that she was escorted to the administration by another teacher. Locke’s bag was searched and he was required to undergo a physical and psychological exam.

“Most students were fine with the comments,” Fox News reported on Friday. “But at least one, who spoke anonymously to local media said the remarks verged on reckless.”

Locke contends he was “adamantly concerned about the wellbeing of my students,” and students are now protesting to have him reinstated at the school.

“His students are clearly concerned about him,” Fox further reported. “His suspension triggered two days of demonstration and a firestorm of criticism from both students and their parents who say they have long appreciated Mr. Locke’s candor. Even concerning things like his tour of combat in Iraq and battle with post-traumatic stress disorder.”

Cherry Hill has said they won’t talk about the suspension, as it is a personnel matter.

This report, by Amber Athey, was cross posted by arrangement with the Daily Caller News Foundation.

Oscar attendees will be wearing orange American flag pins to award ceremony: Here’s why
Next Post
Change voting laws to allow parents to cast vote for each of their children