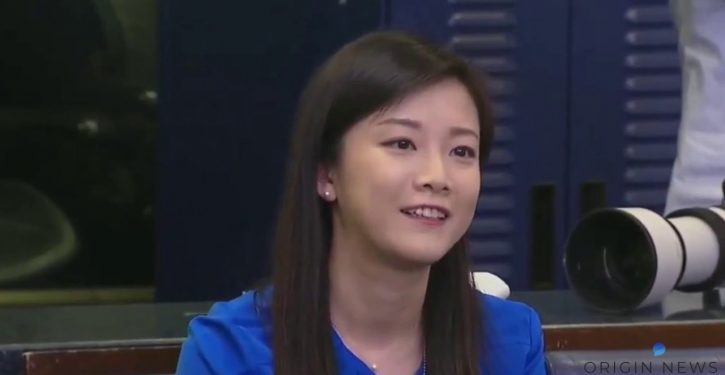 A reporter from a Hong Kong outlet aligned with the Communist Party of China is a member of the White House Foreign Press Group and has rotating access to White House press briefings.

That is how the Phoenix TV reporter was able to push pro-Beijing talking points, touting Chinese aid to other countries, during the White House coronavirus task force’s press briefing on Monday. Her question prompted President Donald Trump to question if she was working for China.

President Trump asks a reporter "who are you working for, China?"

She says that her company is private and based in Hong Kong. pic.twitter.com/jDNcAlO4Y4

China Wise International Limited, a subsidiary of a Chinese government-run bank, owns a minority stake in the media company, according to Phoenix TV’s 2018 interim report.

Richard Latendresse, a Canadian journalist who serves as the White House Foreign Press Group’s secretary, told the Daily Caller News Foundation in an email that the Phoenix TV reporter is a member of the organization with rotating access to the foreign press’s seat for press briefings.

The White House declined to comment on whether it would revoke the Phoenix TV reporter’s hard press pass. The Trump administration has previously been sued for revoking White House press passes.

Republican Texas Sen. Ted Cruz on Wednesday said it’s “disgraceful and reckless” that Phoenix TV is allowed into the press briefings amid China’s propaganda campaign meant to absolve itself of responsibility for the virus’s outbreak.

In 2018 I warned @FCC about Phoenix TV a nominally "private" company long financially controlled by China state-owned enterprises. It’s disgraceful & reckless they have a seat at WH press briefings as China wages a propaganda campaign to cover up its role in #CoronavirusPandemic. pic.twitter.com/efbo5WBAIa

“Moreover, over the past two years, it has been used as an outlet for airing televised confessions by various detained CCP critics, most notably all five Hong Kong booksellers abducted by Chinese security forces in late 2015.”

The View’s Sunny Hostin: ‘People are dying’ because of Trump’s press conferences
Next Post
BREAKING: Bernie Sanders drops out of 2020 Democratic race for president