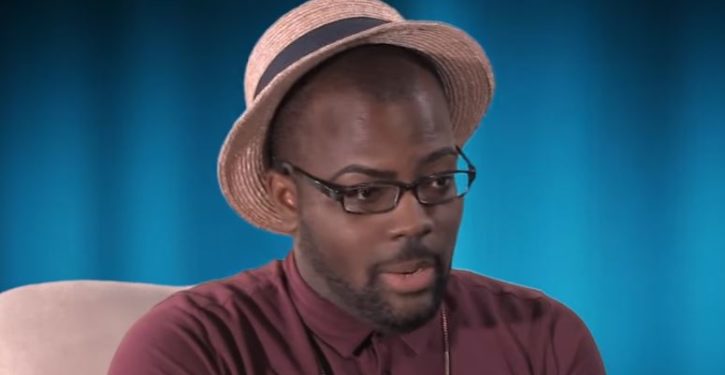 Meet Preston Mitchum, who according to a 2015 YouTube interview is “black, gifted & whole.” But he is much more than that:

Preston is a Policy Research Analyst for the Center for Health and Gender Equity (CHANGE). He is also an Adjunct Professor at Georgetown University School of Continuing Studies teaching Advanced Legal Research & Writing. Previously, he was a LGBT and Racial Justice Policy Analyst at the Center for American Progress (CAP) where he focused on the intersection of race, sexual orientation, and gender identity as it related to the school-to-prison pipeline, workplace discrimination, and HIV criminalization laws.

He is also a racist in the most direct sense of the word — viz., “the belief that all members of each race possess characteristics or abilities specific to that race, especially so as to distinguish it as inferior or superior to another race or races.”

On July 23, he made the following broad declaration on Twitter:

Mitchum — whose Twitter feed displays a graphic promoting Black Lives Matter — protected this and other provocative tweets he has made after Campus Reform publicized them in a post. Mitchum told Campus Reform that he was “a little troubled, but not surprised, about the conservative outrage” his initial tweet provoked, since most commenters took issue with his remarks about white racism:

Most of the commentators didn’t push back on the idea of men being sexist and cis people being transphobic as untrue; only that all white people are not racist. And that’s likely because many of them saw themselves in my tweet and went on the defense immediately.

Mitchum admitted that he has “been fed sexist and transphobic thoughts from society,” while “white people writ large have been fed racist thoughts”:

Because of that, there’s unlearning to do. Everyone must do this—which is why I said, ‘that’s the work.’ The problem is that people in dominant groups are so used to being defensive, that they aren’t even taking a step back to even consider that maybe, just maybe the marginalized community is right.

“Unlearning” — In other words, “indoctrination.”

According to Mitchum’s website, his work has been featured at the Washington Post, The Atlantic and Think Progress, in addition to a number of other left-wing outlets.

Isn’t it nice to know meantime that a university as prestigious as Georgetown is willing to keep an individual on its faculty who — his feeble attempts at intellectualizing his bigotry notwithstanding — openly slanders people who are different from him? Isn’t it even more comforting to know that parents who fork over between $1,302 and $1,928 per credit to send their offspring to Georgetown’s School of Continuing Studies are contributing to their own children’s moral and social corruption? 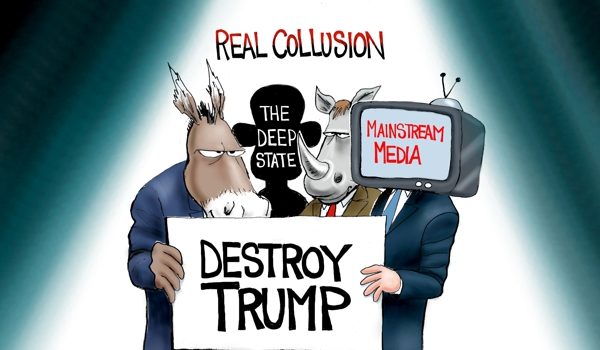