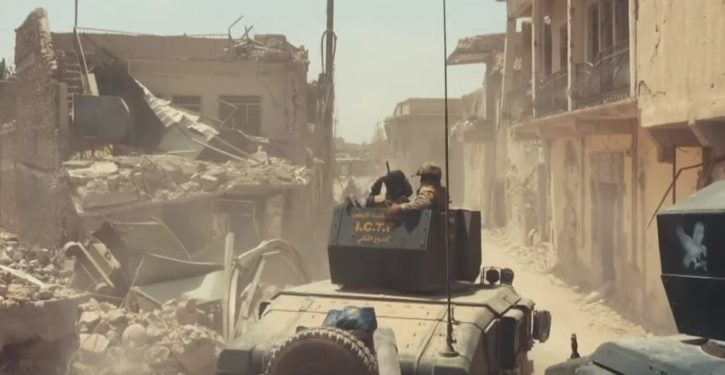 Since its liberation by Iraqi troops, the news coming out of Mosul has been largely positive. Even though heavy gunfire can still be heard in some quarters, civilians have been steadily streaming in across a floating bridge over the Tigris River, Stars and Stripes reports.

The search for remnants of defeated ISIS forces in the city continues on a daily basis, even though most are gone — killed or having fled. Still pockets remain. One such group hit upon an ingenious plan for leaving the city alive: by disguising themselves. So what did they dress up as?

The fellow (or is it a gal?) second from the left seems to have taken great pains to apply his eye makeup, lipstick, and blush. Sadly, he had his makeup gun set to “whore,” to quote a line from The Simpsons back when it was funny. An even bigger problem that seems to have eluded him is that women, unless they are featured in a carnival sideshow, seldom have whiskers. 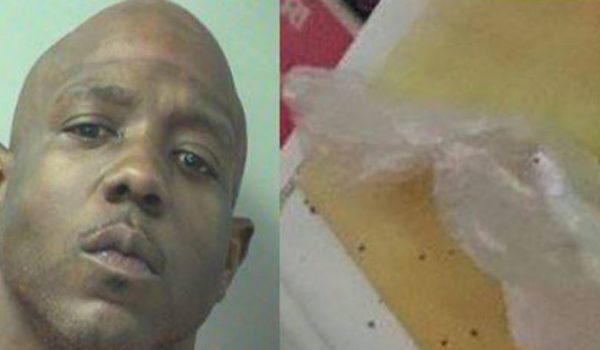 Suppose you’re a drug dealer, and one of your bags of coke is stolen. What do you do?
Next Post
Minneapolis mayor under siege at press conference on killing of unarmed Australian woman 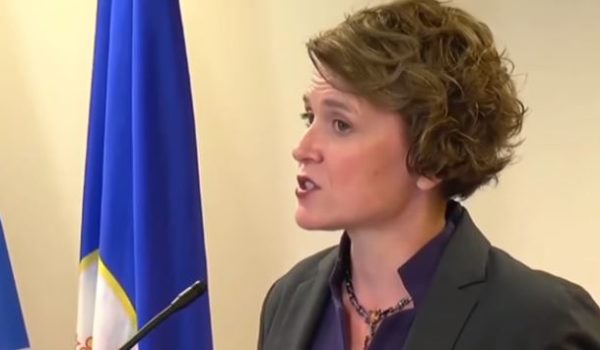