College-educated supporters of former Secretary of State Hillary Clinton blame uneducated, “deplorable” voters for the election of President Donald Trump, but new research shows that institutions of higher learning are teaching people to vote, not necessarily to think critically.

The argument many pundits on the left push is that Clinton voters supported the former secretary of state because most of them have at least a college degree and thus are more adept at thinking critically. These voters’ enlightened state brought on through years of lectures, exams, and papers at our nation’s colleges and universities guided them to support Clinton and eschew, if not downright dismiss, Trump.

Look no further than the Boston Globe’s headline from Nov. 9, 2016, titled “Donald Trump won. Let the uneducated have their fun,” or Foreign Policy’s headline “Trump Won Because Voters Are Ignorant. Literally.” on November 10, 2016, as evidence of the dominant narrative pushed following the Trump’s victory.

The Wall Street Journal reviewed the results of a little-known test used to measure student’s improvements in their critical thinking skills over the course of their tenure in college. The test is called the “Collegiate Learning Assessment Plus.” After reviewing the results from over 200 colleges and universities in the U.S. from 2013 to 2016, the Journal found some rather depressing statistics.

At least 33% of seniors at over 50% of the nation’s colleges were unable to construct a cogent argument, assess the quality of evidence presented before them, or critically interpret data in a table, the Journal reports. Even seniors  at some of the most prestigious, sought-after colleges and universities in the nation showed little or no improvement in critical thinking over their 4 years in school.

Clinton did well in college-educated counties in 2016 and even improved on former President Barack Obama’s 2012 performance in some of those counties. Since it is accurate to say that more college educated voters went for Clinton than for Trump, it may be that Clinton’s supporters are not as enlightened, or much better, at thinking critically than Trump supporters who did not attend college.

Put differently, it may be that regardless of whether American colleges and universities are equipping students with the tools to think critically, they possibly taught them how to vote.

Faculty at 40 of the nation’s top universities are registered to vote as Democrats at a rate of nearly 12-to-1 to their Republican counterparts, according to a September 2016 Econ Journal Watch study. It would make sense then that recent graduates, which comprise a portion of the roughly 55% of young voters that went for Clinton in 2016, would vote for a Democratic candidate for president.

For months, highly educated voters who supported Clinton in the 2016 election have tried to both come to terms with the election results, and figure out how their beloved candidate — once a virtual certainty to win the presidency — lost.

The candidate herself has a litany of excuses for her loss, including: Russian interference in the election, Russian President Vladimir Putin, the “deplorable(s)” followers of the president, the Podesta emails, sexism, the electoral system, the right-wing media (and even the mainstream media), and many more.

A recent letter from a major U.S. bank CEO to shareholders provides one of the most intriguing analyses of why Trump defeated Clinton.

While M&T Bank CEO Robert Wilmers does not say anything directly about Trump or Clinton, he hits on many of the economic and demographic factors that Trump championed on the campaign trail, like a weakening manufacturing sector and falling household incomes.

“The markets that M&T serves are, in the main, those of historically middle class communities with historically vibrant local economies, often manufacturing-based,” Wilmers wrote in a March letter to shareholders, adding:

Economic and survey data, as it pertains to them, are concerning. On so many measures of economic well-being and security, the so-called middle class has been losing ground for many years.

The CEO explains that total median incomes, “which comprise more than 80% of income for middle class families,” has barely increased 10% since 1973. Earnings for the typical American family peaked in 1999, a level it hasn’t reached since that time. The typical American family “has yet to make up the earnings lost in both the 2001 and 2008 recessions,” Wilmers wrote. He continued:

Numbers alone cannot fully convey the effects of such stagnation, effects our colleagues observe among their neighbors and in the communities surrounding our branches — whether in college enrollment foregone, retirement postponed, even modest vacations put off. No wage growth. No investment earnings growth. No wonder families are stretched and stressed.

The president won over voters in the rust belt — coal miners, manufacturing and production workers — who have seen employment and opportunities dwindle over the past decades. Many of these voters felt that foreign-born workers were responsible for the loss of economic opportunities in their communities. 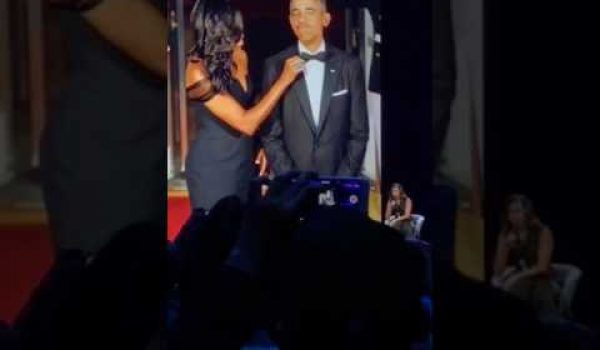 Michelle Obama makes appearance at Apple Conference, takes shot at Trump
Next Post
Liberated Sen. Kirsten Gillibrand shows that she, too, can swear like a longshoreman 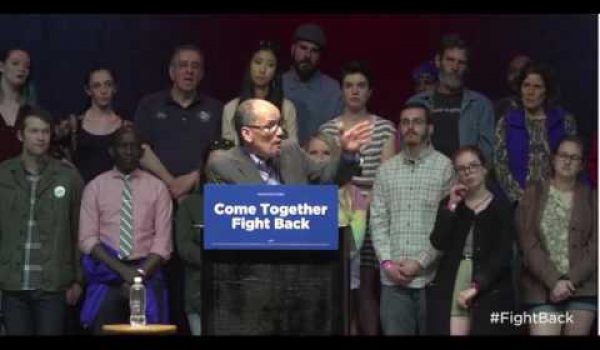