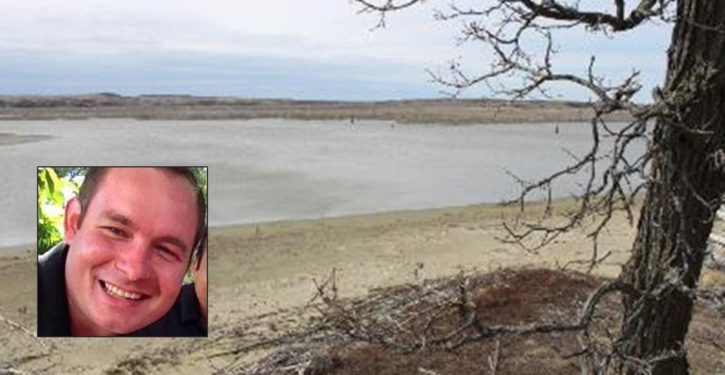 Over two months ago, local authorities were starting the clean-up of tons of trash left by pipeline protesters at the Oceti Sakowin camp in North Dakota.  It was crucial to get the trash cleaned up before the spring rains and thaw set in, so that the trash wouldn’t cause toxic runoff in the waterways.  (I noted the irony at the time: the protesters had for months called themselves “protectors of the local waters.”)

When the clean-up first started, a Morton County Sheriff representative, Captain Jay Gruebele, explained one of the things they most feared to find:

Each load that’s dumped is inspected by the Morton County Sheriff’s Department.

“We are looking for, as I said, anything illegal, anything that might be used to, I guess, harm our officers during a protest,” says Jay Gruebele, Morton County Sheriff’s Office Captain.

Authorities are also searching through the piles for evidence they hope they don’t find.

“As bad as it sounds, we’re looking for people that may have died and could be wrapped up in a canvas or a tarp or tent,” says Gruebele.

Unfortunately, their worst fears were realized on Sunday.  The body wasn’t found wrapped in a tarp in the trash heap.  It was discovered on Sunday, 9 April, floating nearby in the Cannonball River (h/t: American Thinker).   Local fishermen reportedly found the remains of a California activist, Damjan Nedelkosvki, who had frequented the protest site in 2016, but had been missing since the end of October.  Nedelkovski’s brother reported him missing in November, when the family had not heard from him since 29 October.

According to the initial sheriff’s report, there were no signs of trauma or foul play, and the cause of death has yet to be determined.  The authorities aren’t sure how long the body was in the water.

There were some luckier survivors of the protest camp.  At the end of February, local news outlets reported that abandoned dogs had been found among the trash heaps, some with “frost bite, wounded paws, signs of hypothermia, and other potential ailments” (including mange).  An animal rescue group was working to find homes for them.

The Standing Rock Sioux oppose the pipeline, but had been asking protesters to vacate the site since at least December, in part because residents of the rural area have lost millions in crop and other property damage, due to the impact of the protest camp.  Daily Caller‘s Chris White:

Morton County officials believe 94 percent of the 709 arrests at the Oceti and Sacred Campsites were of people from outside of North Dakota. Officials also said 221 of those apprehended had prior criminal records.

The protests also created significant property damage. More than 544 households reported losses ranging from $15,000 to $20,000 each from crop losses. The total equates to over $8 million in total losses.

Monica Showalter’s point at American Thinker is well-taken.  This was basically an Occupy protest in rural North Dakota.  Trash, crime, property damage, carelessness about living creatures and the environment — all in the name of “protesting,” well, the status quo.  The protesters purported to speak in the name of the very people they imposed inconvenience and significant financial losses on for so many months, much like the urban Occupiers who made work days unpleasant and often impossible for small shopowners and workers in downtown America.

Sadly, the protest camp in North Dakota now joins the Occupy movement in racking up a fatality.  We can hope it won’t reach the full death toll of the Occupy protests.  With the trash clean-up now mostly complete, there is reason to hope no more corpses will be found.

Carter Page: Glad truth is coming out about FBI warrant to monitor him in 2016
Next Post
Germany: Mobile phone used to detonate explosives that hit soccer team bus 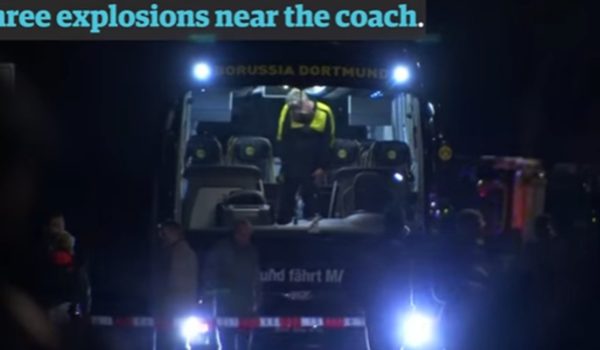