As Howard Portnoy wrote on Saturday, Barack Obama lied to America many times for the sake of his reelection and/or legacy. There was the lie about a video being responsible for the spontaneous attack in Benghazi, the lie that the Iran deal included inspections, and the lie that the White House didn’t pay a ransom for the hostages. But a new lie has surfaced in light of last week’s deadly sarin gas attack on the civilian population in Syria. That is the lie that Syria relinquished all of its chemical weapons in 2013.

The evidence lay in congressional testimony in 2016 by Obama Director of National Intelligence James Clapper:

We assess that Syria has not declared all the elements of its chemical weapons program to the Chemical Weapons Convention (CWC). Despite the creation of a specialized team and months of work by the Organization for the Prohibition of Chemical Weapons (OPCW) to address gaps and inconsistencies in Syria’s declaration, numerous issues remain unresolved. Moreover, we continue to judge that the Syrian regime has used chemicals as a means of warfare since accession to the CWC in 2013. The OPCW Fact-Finding Mission has concluded that chlorine had been used on Syrian opposition forces in multiple incidents in 2014 and 2015. Helicopters—which only the Syrian regime possesses—were used in several of these attacks.

Syria has carried out chemical weapons attacks even after the implementation of the September 2013 agreement, he said.

“We continue to judge that the Syrian regime has used chemicals as a means of warfare since accession to the CWC in 2013,” Clapper said.

He noted OPCW investigators’ conclusion that “chlorine had been used on Syrian opposition forces in multiple incidents in 2014 and 2015.” The regime was still dropping chlorine bombs from the air. “Helicopters — which only the Syrian regime possesses — were used in several of these attacks,” Clapper stated.

Chlorine attacks have been documented in Syria throughout 2014 and 2015, while one group of Syrian doctors discovered at least 31 chlorine attacks in the country during a single 10-week span in 2015.

And it’s long been clear that at least some of Syria’s chemical-weapons infrastructure remained in place past mid-2014. According to a July 2015 Wall Street Journal report, U.S. intelligence agencies “concluded that the regime didn’t give up all of the chemical weapons it was supposed to,” while Bashar al-Assad “continu[ed] to operate weapons-research facilities.”

Even the liberal Politifact backed away from its earlier claim that Kerry’s 2014 statement “We got 100 percent of the chemical weapons out,” was mostly true:

Last Wednesday, Politifact published an article that said in part:

[In] 2014 … former Secretary of State John Kerry … said in a television interview that in Syria, “we got 100 percent of the chemical weapons out.”

… When Kerry spoke in July 2014, the process seemed far along. Based on reports from the Organization for the Prohibition of Chemical Weapons — which later won the Nobel Peace Prize for its efforts — we rated that claim Mostly True. There were caveats about incomplete information, but at the time, international experts said the claim largely held up.

Given recent events, we have pulled that fact-check (you can read an archived version here) because we now have many unanswered questions.

We don’t know key details about the reported chemical attack in Syria on April 4, 2017, but it raises two clear possibilities: Either Syria never fully complied with its 2013 promise to reveal all of its chemical weapons; or it did, but then converted otherwise non-lethal chemicals to military uses.

One way or another, subsequent events have proved Kerry wrong.

Based on the evidence above, Kerry wasn’t just mistaken: He was lying.

And on its way out the door in January of this year, the Obama Treasury quietly introduced new sanctions against Syrian officials involved in chemical warfare. Buried in the language sanctioning a particular official was a telling admission: “As of 2016, [Brigadier General Ghassan] Abbas has continued operating at locations in Syria associated with chemical warfare-related missions.” [Emphasis added]

But that didn’t prevent most of Team Obama from lying about it early and often. Below is an audio of an NPR interview with the Obama National Security Advisor Susan Rice. In the interview, which took place in January 2017, Rice can be heard boasting about the deal that removed the chemical weapons from Syria. That interview was almost a year after James Clapper told Congress that Syria still had (and were using) chemical weapons. It was only four days after the Treasury Department sanctioned Syrian officials for use of chlorine gas.

In spite of all that Rice said: 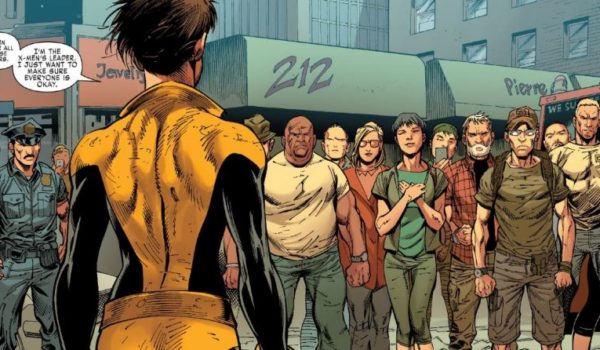 Marvel pulls comic by Muslim artist over hidden anti-Christian, anti-Jewish messages
Next Post
Russia and Iran warn US they will ‘respond with force’ if red lines crossed in Syria again