Inflation is rising as the government prints more money to pay its own bills. “Consumer prices rose in May at the fastest rate since 2008…The Consumer Price Index surged 5 percent in May from a year earlier,” reports the New York Times.

The federal budget deficit already exceeds $2 trillion, with four months to go before Fiscal Year 2021 ends. It will rise in the coming months due to President Biden’s massive $1.9 trillion stimulus package, which was enacted in March. That package reduced economic growth by discouraging people from working. It also wasted lots of money, such as letting overseas criminal gangs collect billions of dollars in pandemic unemployment benefits.

To pay for much of its skyrocketing spending, the federal government prints money. It then uses that money to buy its own bonds. In fact, the federal government bought up “more than half” of the debt it issued “during the pandemic,” notes the Wall Street Journal. The Treasury Department issues bonds, which are then bought up by the Federal Reserve.

“For every dollar of federal debt that the U.S. government is newly borrowing to pay its bills, 50 cents of that debt is being lent by printing more U.S. dollars. People call this ‘monetary inflation’ but it’s really a subtle form of default,” notes Avik Roy of the Foundation for Research on Equal Opportunity. “Why is the government” doing something so “untraditional and risky” as “printing dollars out of thin air”? “Because foreign buyers and financial institutions don’t find our debt attractive enough,” he says. In doing this, the “U.S. reduces the value of all the money it owes by reducing the value” of American money.

The federal government “is conducting one of the most radical fiscal and monetary experiments in peacetime history,” notes the Wall Street Journal.

Biden’s $1.9 trillion stimulus package makes things worse. It is being paid for with borrowed and printed money. Obama’s Treasury Secretary, Larry Summers, warned it could spark “excessive inflation,” “publicly voicing concerns that other Democratic economists express privately,” notes CNN. Biden’s stimulus package will spur inflation by increasing consumer demand even as it reduces output (by cutting the supply of labor). It revised the tax laws to punish some people for working and earning more money. And “Congress’s $300 unemployment bonus and other welfare payments for not working have contributed to an enormous worker shortage, which is magnifying supply shortages,” notes the Journal.

Other Biden-backed laws could drive up costs further, resulting in the public paying more for less. For example, Biden’s proposed $2.3 trillion infrastructure plan would impose costly new regulations on infrastructure projects. As economist Chris Edwards notes, “under Biden’s plan, taxpayers will get less bang for their buck in terms of new infrastructure facilities built with their money.” The Tax Foundation estimated that Biden’s plan would reduce private investment in infrastructure and manufacturing by more than $1 trillion. Private infrastructure such as freight railways, power stations, and pipelines would suffer, and become most costly. Manufacturing losses could increase the price of manufactured goods.

Federal laws regulating local infrastructure projects have radically increased the cost of highways, notes legal scholar Walter Olson. Construction of public infrastructure is slow and costly in much of the United States compared with Europe. New York City subways are a famous example, costing six times as much as a comparable subway line in Paris. Biden’s plan would double down on such red tape. 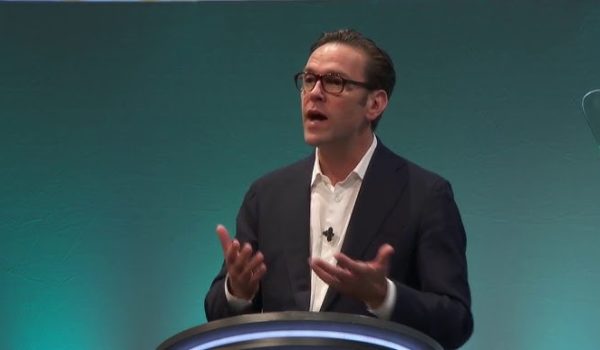