The Trump administration is considering forcing foreigners to give up their cell phone contacts and social media passwords upon visiting the U.S., according to reports. Reactions from the Left are predictable. But even the normally fair-mind Wall Street Journal is decrying the steps as “extreme” and “far-reaching.”

Before anyone unduly berates the current president for his un-American stance, it would be helpful to keep in mind that Donald Trump was not the first president to suggest these measures. His predecessor, Barack Obama, was.

It was back in August 2016 that Obama’s U.S. Customs and Border Protection, which falls under the scope of the Department of Homeland Security, floated this very idea. The proposal allowed border officials to ask for personal online information like Twitter and Facebook details because “collecting social media data will enhance the existing investigative process and provide DHS greater clarity and visibility to possible nefarious activity,” the federal register filing reads.

“The risk of discrimination based on analysis of social media content and connections is great and will fall hardest on Arab and Muslim communities whose usernames, posts, contacts and social networks will be exposed to intense scrutiny,” an official coalition letter in response to the proposal reads.

The DHS also announced in February of 2016 that it was updating its travel restrictions for the Visa Waiver Program by adding Libya, Somalia, and Yemen to the list of “countries of concern.”

Although the press accorded it very little attention at the time, a group called the Center for Democracy & Technology sent a letter to the DHS, warning:

The risk of discrimination based on analysis of social media content and connections is great and will fall hardest on Arab and Muslim communities, whose usernames, posts, contacts, and social networks will be exposed to intense scrutiny. Cultural and linguistic barriers increase the risk that social media activity will be misconstrued. This disparate impact will affect not only travelers from visa-waiver program countries, but also the Arab-Americans and Muslim Americans whose colleagues, family members, business associates, and others in their social networks are exposed to immediate scrutiny or ongoing surveillance, or are improperly denied a visa waiver because of their online presence. It also poses significant risks to journalists, whose profession requires confidentiality and whose social media networks may convey a profile that, taken out of context, could be misconstrued.

Despite these caveats, the plan eventually took effect in December, although it remained as an option and was not considered mandatory.

According to The Wall Street Journal, there are two main differences between the Obama proposal and Trump’s potential, additional protocol: Requests to inspect personal cell phones will be routine rather than targeted, and requests for social media profiles will include passwords so officials can see private posts as well as public.

While Trump is mulling over whether to expand such measures and make them required, there appears to be way more clamoring from organizations and media outlets when there was when the Obama administration implemented similar policies.

Makes you wonder, doesn’t it? 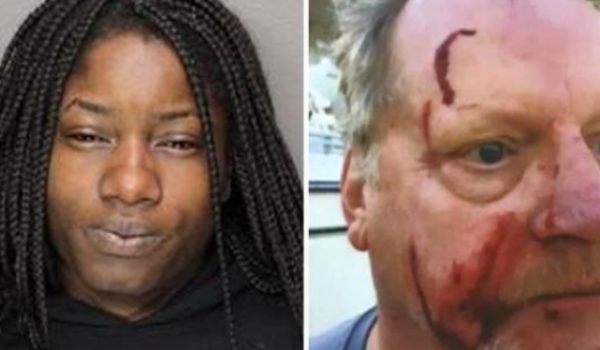