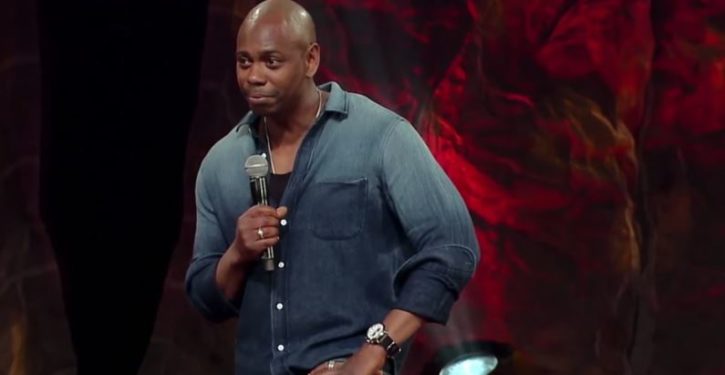 A joke about trans people on his first special in 13 years landed comedian Dave Chappelle in the sights of many liberals and activists.

During Chappelle’s newest standup “The Age of Spin: Live at the Hollywood Palladium,” the comedian cracked multiple jokes about transgender transitions and the term LGBTQ.

A video of a portion of the routine follows (warning: graphic language.) In it, Chappelle begins, “Stuart educates me about this movement,” referencing a gay acquaintance and the LGBTQ community. “He told me it’s called ‘LBGTQ.’ I was like ‘what the f*ck is the q for?’ Does that even make sense? Q?”

“It turns out q is like the vowels. That sh*t is ‘sometimes y,’” Chappelle quipped. “It’s for gay dudes that don’t really know they’re gay. You know what I mean? Kind of like prison fags.”

Chappelle then launches into a segment where he jokes about two friends cutting off their genitals, poking fun at the idea of people changes sexes. Chappelle envisions one friend suggesting to the other that they both cut off their penises.

“Are you sure that’s what you want to do?” one friend asks. “There’s only one way to find out: WU TANG!” Chappelle hollers, pantomiming cutting off his penis. Chappelle was referencing a rapper from the Wu-Tang Clan who cut of his own penis before jumping out the window. Wu Tang clan denied any affiliation with the lunatic.

Chappelle’s jokes predictably triggered outrage on social media, and a tidal wave of accusations that he is “transphobic.”

But Chappelle's material was homophobic and transphobic and involved rape culture. I've grown too much not to speak up about it now.

A Buzzfeed article adds that Chappelle’s comments were an attempt by a “cisgender man” to assure people that he is not gay:

When straight cis men aren’t denigrating queer people to affirm their masculinity, they might be paying lip service to women’s rights only as a ruse to get some ass.

his report, by Amber Randall, was cross-posted by arrangement with the Daily Caller News Foundation.

Warning: Scam callers using recording of you saying ‘yes’ as voice signature to authorize credit card charges
Next Post
Another VA office refuses to hang portrait of the president 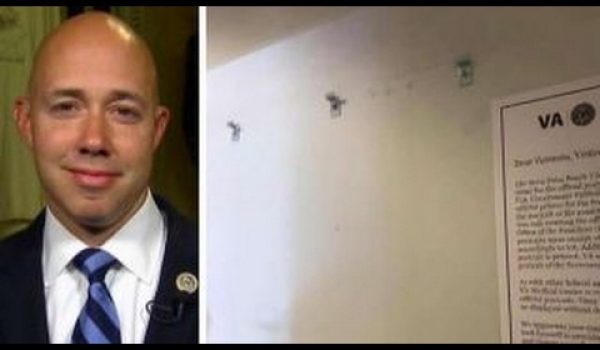