As with all of these disclosures from unnamed official sources: caveat lector.

That said, we can take comfort that at least this information isn’t being passed through the usual media channels:  the New York Times and the Washington Post.  Given how regularly both outlets have been used by Obama administration insiders to sell pre-packaged political narratives in the last eight years, I’m especially leery of anything they attribute to anonymous official sources.

The report in this case comes from Reuters, and appears in Business Insider.  Reportedly, U.S. officials are confirming not only that they’ve been aware of a CIA breach since last year, but that the documents published this week by WikiLeaks are valid.  In other words, what you’re reading about the CIA using poached malware to make it look like the Russians hacked someone, and the CIA capability to hack automobiles so people can be assassinated undetectably, is…true.

U.S. intelligence and law enforcement officials said on Wednesday that they have been aware since the end of last year of a security breach at the CIA that led to anti-secrecy group WikiLeaks publishing agency documents on its hacking tools.

The officials, who asked not to be identified, told Reuters that they believed that the documents published by WikiLeaks on Tuesday were authentic.

Investigators were focusing on CIA contractors as the likely source of passing materials to WikiLeaks, the officials said.

Much of the Reuters report is focused on German worries about revelations from the WikiLeaks documents concerning the CIA’s operations in Frankfurt.  But the article’s initial claims shed an interesting light on the news from Washington that an FBI investigation of the CIA leak was just opened on Wednesday, 8 March.

It’s a good question why the investigation was just launched today, if officials have known since last year that there was a leak.

But people probably aren’t as interested in that as they are in the possibilities raised by the WikiLeaks revelations.  The obvious one, for starters, is that the CIA could have faked the always-peculiar “evidence” for the entire 2016 story line about “Russian cyber-attacks on the election.”  (It was never a coherent one in the first place.)

The motive for specific individual attacks is a separate issue, but in terms of its overall credibility, the story line has taken its biggest hit yet with the revelation about the CIA capability.

Don’t forget that the Georgia Secretary of State demanded to know in late 2016 why someone using a Department of Homeland Security computer was trying to intrude into the Georgia voting-information server.  The DHS response on this was never satisfactory; the Georgia SecState office shot it full of holes immediately.

There is thus reason to believe that at least one agency of the Obama administration tried to intrude into a state’s voting-information server, perhaps to justify declaring all U.S. voting systems “critical infrastructure,” so they could be brought under federal supervision.

In light of the questions raised by that incident, it is legitimate to ask – given the CIA malware-misdirection capability just revealed – if it was really the Russians who hacked two other states’ voter databases in 2016.

Just as it’s legitimate to ask if the purported (but debunked) hacking of a Vermont utility, claimed by the Washington Post to demonstrate Russia’s fell hacking prowess, was really a Russian hacking attempt at all.

As Congress inquires into the alleged Russian attack on the 2016 election, the first thing it will need to establish is that it’s dealing with actions that were actually undertaken by the Russians.

But credibility will be an interesting question.  It’s not too much to suggest that, from the public’s point of view, the intelligence community’s credibility is permanently damaged regarding Russia and the 2016 election.  Congress can inquire all it wants, but what faith can we really put in any result?

Two big-picture implications emerge in rapid succession.  One is that there will be no way to use the congressional investigation – or any other allegations about Russia and the 2016 election – to take down Donald Trump.  The whole case has been exceedingly thin from the beginning, and the only thing even real (although virtually irrelevant) has been the cyber-attack forensics.  There’s nothing else there at all.

The other is that the CIA’s credibility hit will demand a house-cleaning in the intelligence community.  The exposure of programs and methods by WikiLeaks is not as important as the obvious, looming administrative necessity to kick butts and take names.  The karma moment would be unmistakable for the “deep state” actors (see here, here, and here) trying to sabotage the Trump administration, many of whom are apparently in the CIA – or in the DNI organization or on the National Security Council, with CIA affiliations and/or institutional interests.

A comprehensive clearing of the decks – and the cargo hold – will look very scary to Peggy Noonan’s Legion of the Concussed.  There are still folks out there, well-meaning folks, clinging to the precious idea that we can hang onto all the baggage of Beltway-institutional convention accumulated over the last 70-80 years.  They mistake convention for actual constitutional imperative, and are terrified that it may be heaved overboard.

But convention is not constitutional imperative.  The voters understand that in large numbers.  And they aren’t nearly as frightened of bucking convention as the old-consensus pols in Washington are.  The “deep state” can exist because of things that the voters aren’t necessarily afraid to see broken: entrenched bureaucracies and unquestioned conventions that can be unmade, and in some cases should be.

It won’t be surprising if there’s a little surge in employee departures from some of the federal agencies over the next few weeks.  As with Trump’s unexpected tweets on 4 March about “wiretapping,” there’s nothing to expose about him – but everything to lose for those trying to sabotage him.  In the space of four days, the saboteurs have lost their narrative, their secrecy, and their credibility.  In the absence of evidence – which they have never produced – there is nothing left to bring Trump down with. 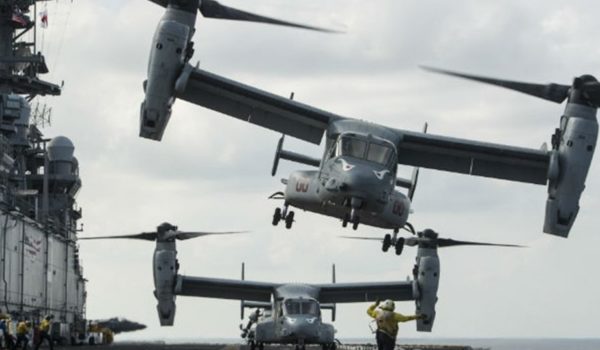 U.S. Marines on the ground in Syria
Next Post
Senate in one state cracks down on teachers having sex with students 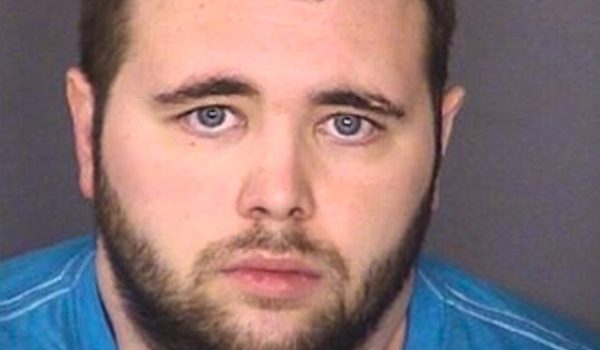