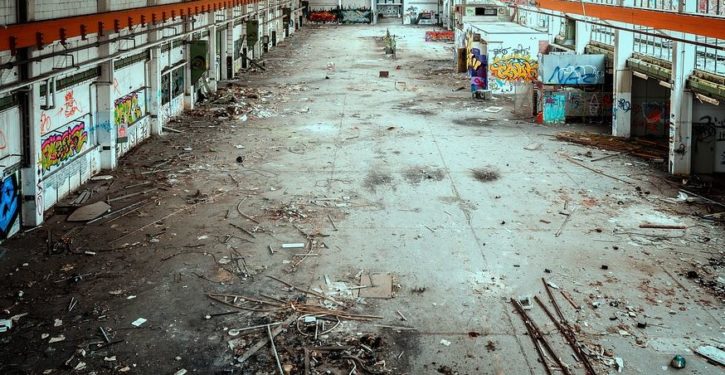 The simple truth about the election of Donald Trump as 45th President of the United States is that he exposed, for the first time in a generation, that millions of Americans who live in the heartland have been sacrificed on the altar of internationalism, cronyism, and corporatism. All along the Appalachian Trail lies the vestiges of destruction represented by burned-out buildings, empty factories, and long unemployment lines. Much of the ruin has been caused by policies instituted by Washington politicians who remain clueless as to why everyone in America isn’t as happy or prosperous as those living around the Beltway.

For the Beltway crowd, such talk is considered “dark” or “foreboding,” but for many voters, some of whom have voted Democrat for generations, this is an honest assessment of the reality they find themselves in. And to the shock of many, Trump means what he says and intends to turn the fortunes of the unfortunates around.

A core component of his plan to “hire Americans and buy American” is the establishment of a border adjustment tax.  The American tax code, along with a plethora of regulations and red tape, have incentivized American companies to ship jobs and facilities overseas. Mexico, for example, adds a 16% tax American companies must pay when bringing goods south of the border, but there is no corresponding tax when Mexican companies ship goods in the United States.

The Trump plan has drawn criticism from some academics. One of them is conservative/libertarian columnist Veronique de Rugy.  De Rugy is a strong critic of Trump’s plan to normalize trade taxes with our competitors under the theory that Americans are better off when American goods are taxed on export, but foreign goods are not taxed on import.

Also criticizing the plan under this theory and lobbying Congress to oppose it are Fortune 500 companies like WalMart. These companies have been the beneficiaries of the very thing the bill seeks to fix — the massive migration of jobs and manufacturing overseas.

These positions might make sense in the think tank vacuum or in the boardroom, but they are of little consolation for the men and women who have lost their jobs on the assembly line or in the textile plant.

The reality is that the current system places American companies at a disadvantage, and that is ultimately bad for everyone. Creating equity for American business is far from a liberal concept.  In fact, corporate tax reform and parity with other countries’ rates has been at the top of conservatives’ wish lists for decades.

The border tax idea is not a new tax that is going to be levied on American companies. Rather, it is a balance for the massive tax cut that will be handed to them that will lower corporate taxation to reasonable levels and encourage manufacturing at home.

The Trump plan will normalize trade taxes with our competitors and create a level playing field, while encouraging companies to stay in the United States.  There will be no need to repatriate American profits made overseas if the tax code can be modified in a way to keep companies home with a lower corporate tax rate.

Furthermore, this provision may be the lynch pin for comprehensive tax reform. In other words, if the border tax goes down in flames, the whole tax reform effort is likely also to crash and burn. When you lower tax rates massively for corporations, if Congress does not find some balance to make up some of the lost revenues, then there is little chance the bill can pass.  The border provision balances off the revenues lost by lowering the corporate income tax, while punishing American companies that flee the United States to hire cheap foreign labor.

De Rugy does make a critical point. American corporations have become shackled by our government. High corporate taxes coupled with massive regulations have put American competitiveness behind the eight ball. A comprehensive tax reform bill that reduces tax and regulation burdens and levels the trading playing field with our competitors will make America great again. 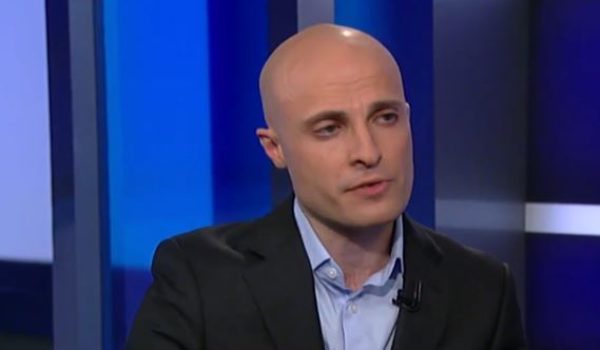