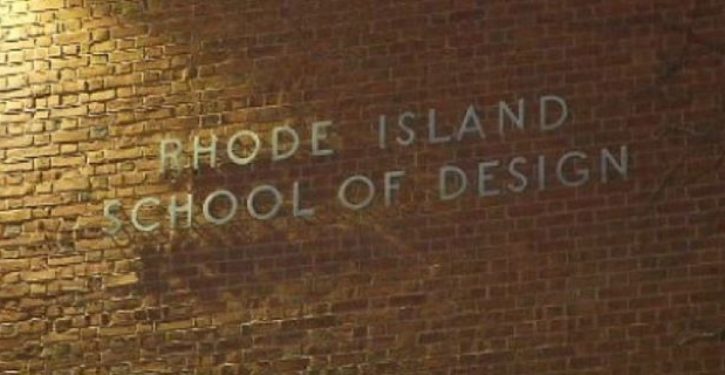 The message is at once clear and confusing. It is clear because whoever decided to smear feces in the shape of a swastika on the door of a gender-neutral bathroom at the Rhode Island School of Design apparently disapproves of the “compromise” of setting up special nondenominational restrooms for those who believe they were born into the wrong body. It is confusing because whoever is responsible for this obscenity apparently believes that Jews are somehow behind Donald Trump’s rollback of Barack Obama’s transgender bathroom rule.

The vandalism, which is being investigated as a possible hate crime, occurred over the weekend in a student dorm.

NBC affiliate WJAR took its cameras to the school to get reaction from students. As you can see from the video report that follows, the perpetrator had no supporters among those canvassed.

The school released a statement, which reads:

This level of disrespect and vitriol is completely unacceptable and RISD Public Safety is investigating it as both an act of vandalism and a crime of hate.