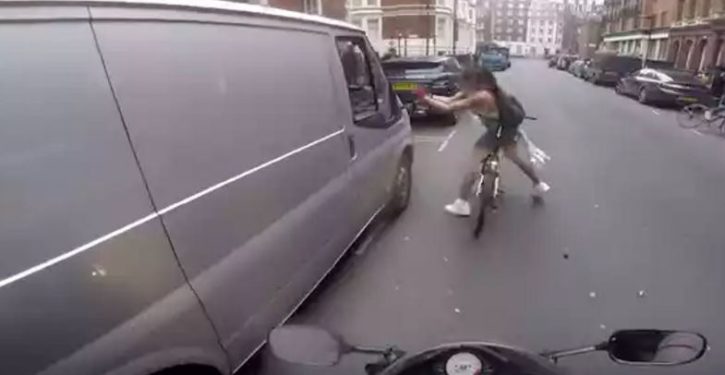 Liberals have been denied another victory. A promising video posted to Facebook Tuesday, which showed a female bicyclist standing up to a van full of sexist males, earned a chorus of “You go, girl” from the media. But sadly, as is so often the case these days, the “spontaneous” moment turned out to be staged. Ultimately, the video was scrubbed from Facebook (though not before it was uploaded to YouTube mulitple times).

So what was the story that The Huffington Post and its ilk breathlessly reported before they learned it was a hoax? See for yourself:

To summarize, a woman harassed by ill-mannered men at a stop light pedals furiously to catch up with their vehicle, tears off their right side-view mirror, and rides away.

And this is supposed to represent a win for women? If the story were real, the cyclist would be guilty of vandalism and possibly criminal mischief. None of the retractions or updates that were published mention this aspect.

Is this how feminists view equality? A man objectifies a woman and she retaliates with physical violence — and that’s OK? Whatever happened to tolerance and civility? 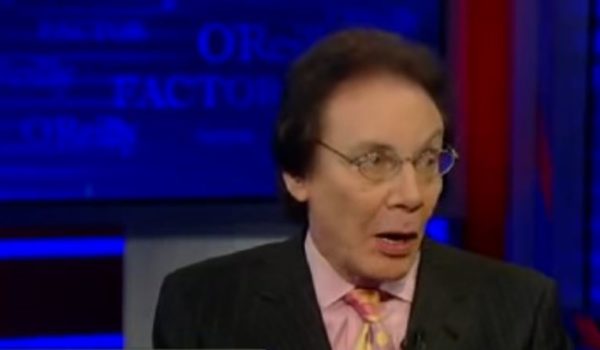 Breaking: Fox News Channel’s Alan Colmes dead at 66
Next Post
Targets of racist graffiti now getting fined for it