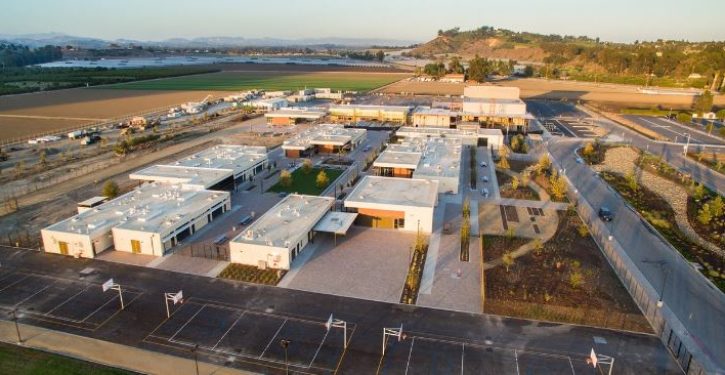 On Wednesday, Fox News’s Todd Starnes said he received a “rather disturbing report” of Trump Derangement Syndrome from a high school in Camarillo, Calif. According to Starnes, a teacher at Campana High School reportedly told her class she lost a $100 bet because Donald Trump wasn’t shot on Inauguration Day.

The letter to Starnes was penned by a parent, Jane Germaine, whose son was in the classroom when the troubling remarks were made. Germaine wrote:

A public school teacher using classroom time to share with students how she lost a bet because the president was not shot on Inauguration Day is beyond reprehensible to me and I do not see how the school district does not find this troubling as well.

Germaine added that this was not the first time she heard about teachers at the school making politically charged statements in front of students.

Teachers telling students that Trump hates women, Fox News is ‘fake’ news, it’s raining so much in Southern California these days because Trump is president, a teacher telling students she is estranged from certain family members because they are conservative — I could go on and on.

Starnes said that Germaine filed a complaint with the school district.

“My husband and I feel that our concerns have been completely dismissed by the school and the school district and they are just hoping that we forget about this and go away,” she added.

“And that’s why she contacted me,” Starnes said. He also reached out to the superintendent, but said his messages have been unanswered.

Our public schools have been commandeered by far-left radicals — and they are using American classrooms to radically change the culture. We must stand up to their dangerous agenda. It’s the only cure for Trump Derangement Syndrome.