The United States recently slipped to its lowest level yet in world rankings of economic freedom compiled by the Heritage Foundation and The Wall Street Journal. It now qualifies not as “free” but as “mostly free.” As The Hill notes:

Hong Kong, Singapore, and New Zealand topped the list, with respective scores of 89.8, 88.6, and 83.7. Other countries that placed ahead of the U.S. included Canada, Taiwan, and Britain, among others.

The Index of Economic Freedom cited the “substantial expansion in the size and scope of the U.S. government, increased regulatory, and tax burdens in many sectors,” and “large budget deficits and a high level of public debt.” It also took into account “changes around the globe” in 2016 affecting America’s competitors. The Heritage Foundation’s Anthony Kim concluded that America’s slow economic growth in recent years is “an unfortunate legacy of Barack Obama’s eight-year presidency.” The Obama administration reduced America’s “economic dynamism” through “new and costly regulations in areas like finance” and “health care,” and the environment” that shrank “opportunities for nongovernmental production and investment.” Moreover, the “growth of government has been accompanied by increasing cronyism that has undermined the rule of law and perceptions of fairness.”

The Heritage Foundation is not the only think tank to conclude that economic freedom has diminished in the United States over the last decade. The Fraser Institute and Cato Institute reached the same conclusion recently in their Economic Freedom of the World rankings, noting that “the United States has seen its economic freedom score plummet in recent years, compared to 2000 when it ranked second globally.” Freedom has also declined in non-economic terms in the U.S. in recent years: The Cato Institute’s overall Human Freedom Index also shows a decline, with the U.S. falling to a rank of 23rd in 2016, as compared to 20th in 2015.

Shrinking economic freedom is bad for your health. Communist and formerly communist countries like Russia tend to have shorter average life expectancies than free market-oriented countries. That’s true even when a capitalist country has fewer natural resources than an oil-rich socialist neighbor, and thus has a lower per capita income (or fewer doctors). In 1999, just before Marxist Hugo Chavez took power in Venezuela, life expectancy was three years longer in Venezuela than in neighboring Colombia (according to the World Almanac). But after years of socialist rule, life expectancy in Venezuela is now a year shorter than in Colombia, even if you believe Venezuela’s rosy official statistics. Venezuela’s Marxist government denies widespread reports of malnutrition, even as The New York Times and other newspapers report children and detainees dying of starvation. As CNN notes, despite food shortages, “Venezuela has denied food and humanitarian aid from groups like Amnesty International and the United Nations. Amnesty officials contest that the government doesn’t want to accept aid because that would make the government look inadequate.” 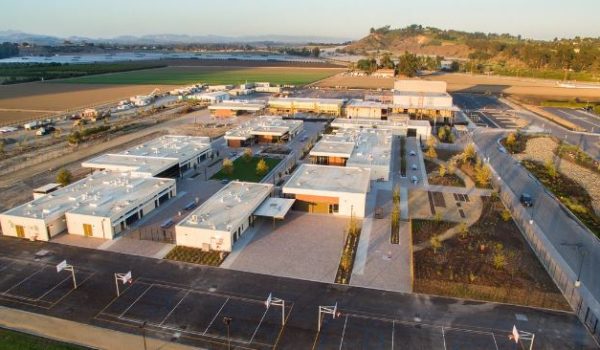 Teacher told her class she bet $100 Trump would be shot on Inauguration Day
Next Post
China floats the biggie: Barring foreign ships from claimed territorial waters