An alleged Somali asylum seeker’s disruption of an Austrian nativity scene was caught on video by dismayed parents Tuesday.

The 24-year-old Somali man waited until the children’s nativity play was finished, then took a Quran out of a plastic bag and shouting Arabic phrases. The man was later escorted off the stage by two fathers in the crowd and arrested by local police.

The incident reportedly terrified several of the children in the play, and parents in the audience. “You do not know what he is up to or carrying in his backpack,” one Austrian mother told local media. “My daughter was not able to sleep all night.”

The confrontation comes on the heels of reports that Austrian police will distribute pocket alarms to Viennese women at New Year’s Eve celebrations as a precautionary measure following widespread reports of harassment at similar events in 2015.

The majority of the perpetrators were foreigners who had arrived in Germany in the last year, indicating they were likely refugees from war zones like Iraq, Syria, and Afghanistan. Only 120 suspects were apprehended, with four receiving jail time as of July 2016. 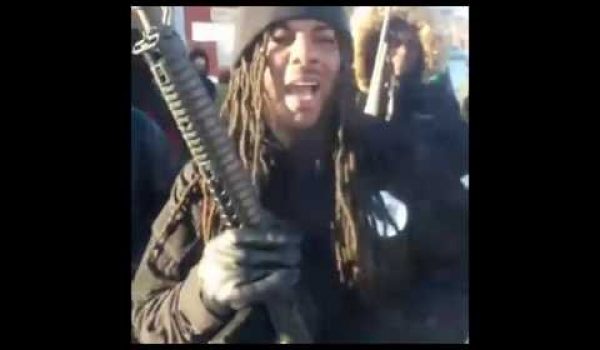 Armed Revolutionary Black Panthers in Milwaukee: ‘Free us or you die, cracker!’
Next Post
Man stabbed stepmom to death for gloating about Dallas Cowboys win