A Muslim and a Christian walk into a plane. No for real.

The Muslim, whose name is Mohammed Amer, states in a Facebook post (see below) that was on his way to Scotland for the start of his Human Appeal Comedy Tour (sounds hilarious). He told the Huffington Post that as he boarded the aircraft, “he noticed an unmistakeable murmur that struck him as odd.”

I have no idea what that’s supposed to mean because author Maxwell Strachan never explains it, but suffice it to say that the person he ended up sitting next to was the Christian in question. And not just any Christian at that. It was Eric Trump, son of the next president of the United States.

Amer doesn’t miss a beat in emphasizing how much liberals despise Trump, telling the HuffPo that the woman seated behind them was clearly upset about the younger Trump’s presence. “She looked at me and said, ‘I wouldn’t even sit next to him if I were you,’” Amer contendds that he saw this as a rare opportunity. Here’s why:

His stand-up comedy frequently touches on issues like immigration and what it’s like to travel the world as a Muslim man. And now, here he was sitting next to a Trump, a perfect breeding ground for future material.

And Trump supposedly assured him that that wasn’t going to happen, uttering something along the lines of “Come on, man [sic] you really think we’re going to do that? We’re not doing that.”

And there you have it, from the horse’s … eh, whatever. 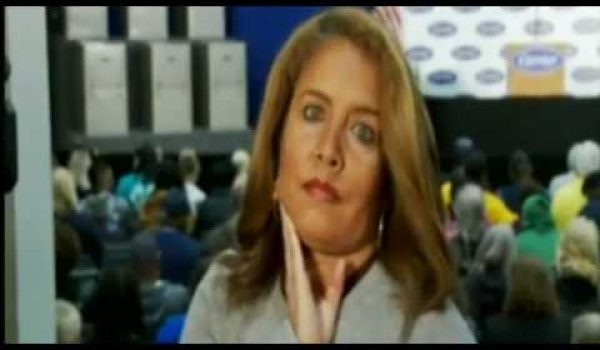 Did you hear the one about the president’s plane crashing? CNN aired it (inadvertently)
Next Post
College bans protesters from campus in wake of flag burning