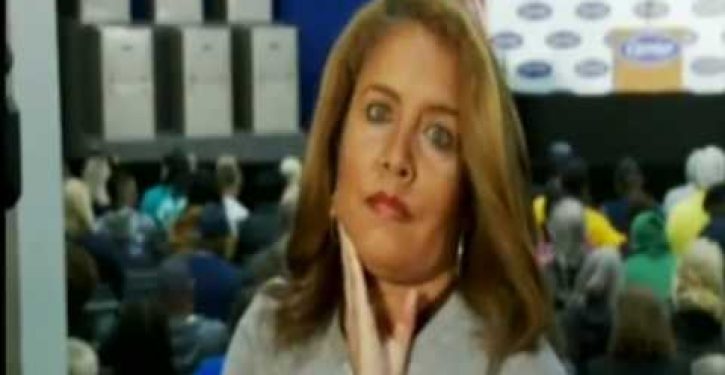 Cracking jokes about the president’s death requies a pretty twisted mind, whichever side of the political spectrum you happen to reside on. And if you happen to represent the far-Left as does CNN, which earned the nickname Clinton Network News for its remarkably lopsided coverage during the 2016 election, you would never go there. Well, at least not about the current president. Not on air. Not intentionally.

The cable network, which has experienced some technical difficulties since the election, including broadcasting 30 minutes of hardcore pornography, suffered another mishap Thursday. Reporter Suzanne Malveaux was in Indianopolis to cover President-elect Donald Trump’s speech about his negotiations with Carrier Corporation to keep 1,000 jobs from fleeing to Mexico.

As an aside, it is worth remembering that Barack Obama invented an economic metric, “jobs saved,” to justify spending $787 of taxpayers’ money on a stimulus package that ultimately failed to stimulate the economy. (He later had the gaul to joke about his failure, quipping that “shovel-ready was not as shovel-ready as we expected.”) In this light, it is worth noting that Trump, before even taking the oath of office, can claim credit for saving 1,000 jobs for real.

But back to CNN’s hijinks. As Malvaux prepared to introduce the segment, a member of the crew can be heard on an open mic instructing,“If I do this, it means he has landed.” A second crew memeber chimes in with, “That means his plane has crashed, no I’m kidding,” which brought a smile to Malvaux ‘s lips. The laugh riot begins at around 1:20 in the video that follows:

As an added irony, according to Google Translate mal vaux translates from the French to “badly.” Kind of makes sense.

First day of Wisconsin recount nets Hillary Clinton one vote
Next Post
What are the odds? A Muslim comedian is seated next to Eric Trump on an international flight