Last week Watchdog reported that Hampshire College in Amherst, Mass., would temporarily stop flying the American flag after a backlash following Donald Trump’s election. Now the school wants protesters to remain off campus, and initially banned the media from speaking to students, although it has since backed away from that position.

After Trump won, the school lowered its flag to half-staff. This was seen by some, including many veterans, as a response to the election and an insult to the traditional reasons for flying the flag at half-staff. Hampshire president Jonathan Lash said in a statement to students that it was not the school’s intention to lower the flag in response to the election, but rather as “an expression of grief over the violent deaths being suffered in this country and globally, including the many U.S. service members who have lost their lives.”

With the flag at half-staff, someone set it on fire, although it was not clear what the motive was behind the burning.

Hampshire, which has about 1,400 students, said it would hold discussions about what the flag means to various members of the school’s community and would not fly the American flag – or any flag – until more discussions were held.

On Nov. 27, an estimated crowd of 400 veterans and others showed up to protest the college’s decision. Since then, Lash has issued a new statement in an email to students, which was provided to Watchdog, writing that “no protestors will be allowed to come on campus.”

The original email, sent to students on Tuesday, included a section that barred the media from campus and from speaking to students:

We’ll continue to enforce our press policy, which stipulates that no media sources are allowed on campus without permission and, during this particular time, that media are prohibited from speaking directly to students.

Hampshire spokesman John Courtmanche told Watchdog that he had sent a revised email Wednesday morning admitting it was a “mistake” to include a statement banning the media from talking to students. He added that no such prohibition exists.

Courtmanche also told Watchdog that protesters could still demonstrate along Route 116, where Sunday’s protest occurred. There is an entrance to the campus of 116.

“In recent weeks, as you know, there has been heated response by some across the country to the college’s decision to temporarily lower the flag,” Courtmanche said in an email to Watchdog. “As a precaution, we have enhanced our campus security since safety is our primary concern.”

He added that “campus police would aim to help ensure” that any future protests are peaceful and preserve “the safety and security of our community.”

Some protesters at Sunday’s event called for the college to lose its federal funding until it reinstates the flag. On Nov. 25 – two days before the protest – a White House petition was created suggesting just that. It needs 100,000 signatures before Christmas Day in order to receive a response from the Obama administration, but so far has just 4,000.

What are the odds? A Muslim comedian is seated next to Eric Trump on an international flight
Next Post
Morning in America? ‘Cosmo’ appears to have self-censored its own ridiculous PC article 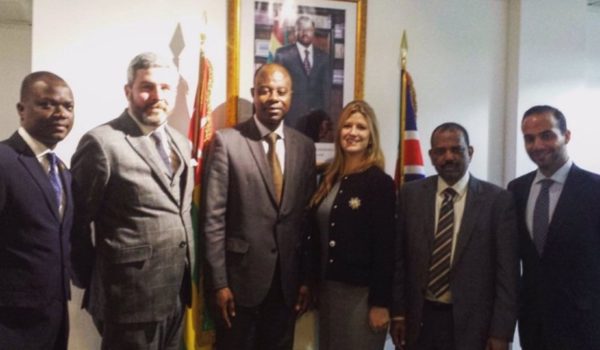