The sentiment in the headline is rising up from liberal strongholds all around the country. In some locales, it’s manifesting itself as vengeful action. The tenants of Trump Place, an apartment complex on Manhattan’s West Side developed by the real estate mogul, have petitioned to change the name to something less offensive. I’m guessing they would have no problem renaming the complex Obama Place, but instead the residents have chosen to use the street address as the name of the three buildings that comprise it.

If asked whether they would like to see the president-elect succeed in his new job, many of his dissenters would answer negatively. Some of them might devoutly wish, as does veteran Boston Globe columnist Michael Cohen, who is the author of the title quote, is rooting for Trump’s spectacular failure. Here is Cohen’s reasoning, if it can be called that:

[M]ake no mistake — success for Trump would be a disaster for America. If his campaign promises are to be taken at face value, his success would mean that tens of millions of Americans may lose health care insurance. It would mean a step back on fighting climate change that could have a catastrophic, even apocalyptic effect on the planet. It would mean a shredded social safety net and little federal attention to voting restrictions and structural racism in America’s criminal justice system. It would mean global instability and a weakening of American’s leadership role in the world. It would mean acquiescence to an assertive Russia and a weakening of the international institutions that help to maintain global order. It would mean disastrous trade wars and a domestic agenda that would do more to harm the people who voted for Trump than help them. It would mean mass deportation — and a humanitarian catastrophe — for millions of undocumented immigrants.

Cohen rattles off a list of liberal initiatives that the electorate voted against pursuing, except for the myth that an end to Obamacare would be an end to the law’s best features, which have been part of GOP alternatives that Obama vetoed.

Naturally, Cohen is entitled his opinion, but I’m curious to know whether he will rescind any of his criticisms once the Left’s most trusted watchdog, Media Matters, reminds him of the damage he is doing by rooting against the American president. The group wasted no time listing quotes by conservative journalists and politicians who said in in 2009 that they wanted Barack Obama to fail as president. 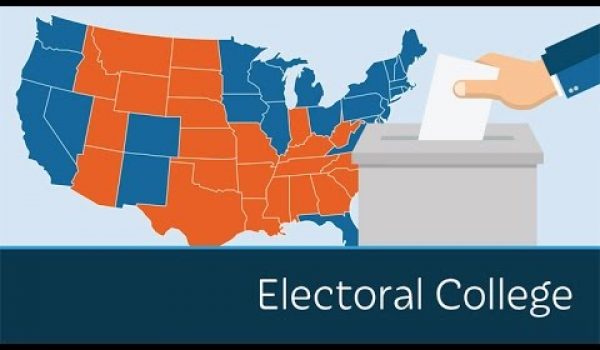 Video: Prager U asks ‘Do you understand the electoral college?’
Next Post
Who knew ‘Love trumps hate’ meant ‘Kill the police,’ ‘Burn stuff down’?