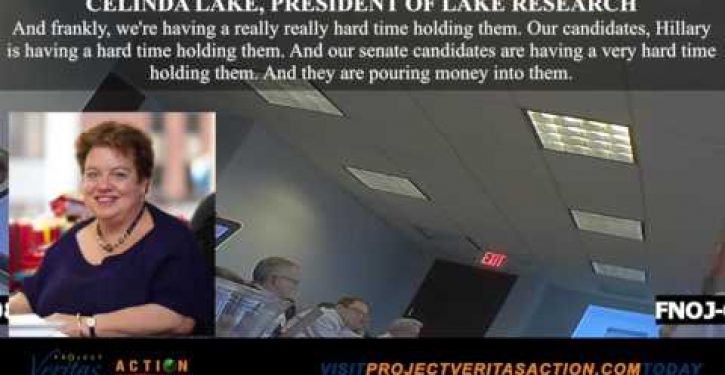 The latest Project Veritas video stars Democratic operative and pollster Celinda Lake. In the undercover footage, which follows, Lake can be heard and seen encouraging union leaders to lie to voters on specific issues because the Democrats are behind the Republicans and are “in trouble.”

Lake is the President of Lake Research. She was a general consultant for Bill Clinton, and has since worked with the DNC, AFL-CIO, Planned Parenthood, Joe Biden, and Nancy Pelosi.