The two were among 10 Justice Department Tax Division lawyers Obama has kept on the White House staff without taxpayer privacy training since April 2009, nonprofit government watchdog Cause of Action Institute (CofA) said in a report made public Wednesday.

Obama “is the first president to have recruited litigation specialists from the DOJ Tax Division, some of whom had knowledge of confidential taxpayer information concerning his political opponents,” the report said. “The DOJ has supplied a regular stream of Tax Division lawyers to the Obama White House for more than seven years, all without any apparent guidance or safeguards to ensure against the unauthorized disclosure of taxpayer information.”

Using Department of Justice tax lawyers may be unique to the current White House, but for “nearly as long as the IRS has existed, presidents have weaponized it against their foes,” the report said. “The Obama administration has made frequent and damaging use of the IRS as a political weapon.”

The report pointed to the IRS’s illegal targeting of Tea Party and conservative non-profit applicants, which led to multiple lawsuits against the agency. At least two Department of Justice attorneys, Norah Bringer and Andrew Strelka, defended the IRS in the resulting litigation, then were hired by the White House.

They also defended the IRS and its Inspector General during Freedom of Information Act lawsuits regarding tax records. Bringer even withdrew from a case on Friday, June 6, 2014, and began at the White House the next Monday.

Those lawyers “accessed confidential taxpayer information otherwise restricted from disclosure to the president and White House officials” during the lawsuits “and that knowledge likely made them attractive to the White House,” CofA said. That information “might then be disclosed to and used by the administration to target its political enemies.”

Additionally, none of the 10 attorneys were provided “context-specific training, guidelines, or screening procedures designed to ensure that they comply with the strict limitations on disclosing confidential taxpayer information to the president and other White House employees,” the report said.

Access to confidential taxpayer information gained while representing the government in tax litigation is “perhaps the best answer to why Obama wanted Tax Division lawyers,” the report said.

Past presidents have used tax information to vet potential appointees, but that duty has typically fallen to White House-detailed IRS officials.

Department of Justice tax attorneys’ “primary skills are as litigators,” the report said. “A more effective route would have been to request detailees from the IRS.”

Justice Department Inspector General Michael Horowitz declined Cause of Action Institute’s request to investigate White House-detailed attorneys due to a lack of jurisdiction. The pending Inspector General Access Act would eliminate this issue, according to the nonprofit, who suggested additional legislative fixes.

“Without legislative intervention and reform at the DOJ and IRS, the president’s ability to misuse taxpayer information will continue unabated,” the report said. 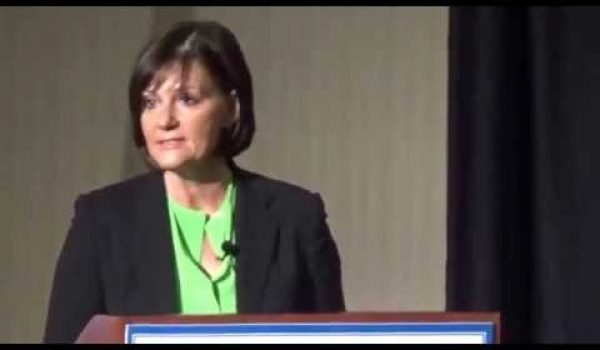 Dem tells voters Obamacare made insurance more affordable – and they laugh in her face
Next Post
Obama flaunted, er, anatomical event in front of female reporters during 2008 campaign