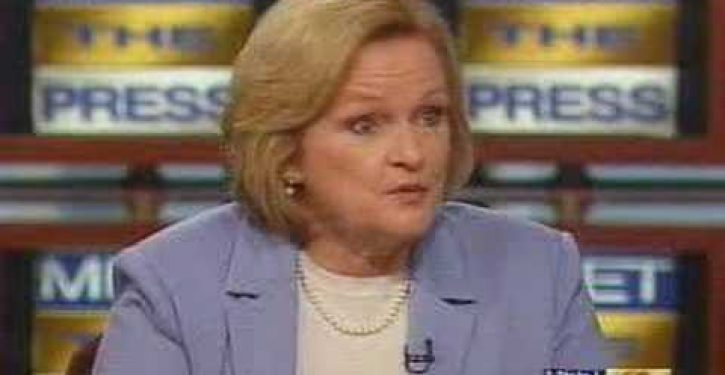 Over the weekend, Hillary Clinton’s campaign trotted out Sen. [score]Claire McCaskill[/score] (D.-Mo.) to attack Donald Trump. McCaskill was tasked with defending the Democratic nominee from having to answer questions about her hubby’s extramarital affairs — which continue to this day.

In an interview with the New York Times, Trump said Bill Clinton’s sex scandals were fair game, especially with regard to the role Hillary played in enabling her husband to be a serial sexual abuser.

McCaskill said Trump should listen to his advisers and “lay off the personal marriage situation of the Clintons.”

But it wasn’t that long ago that McCaskell was singing a very different tune.

In 2006, the Missouri Senator said of President Clinton, “He’s been a great leader but I don’t want my daughter near him.”

McCaskill was no big fan of Hillary either. In 2014, The Hill reported:

“I really don’t want to be in an elevator alone with her,” McCaskill told the friend, according to the forthcoming book HRC: State Secrets and the Rebirth of Hillary Clinton by The Hill’s Amie Parnes and Politico’s Jonathan Allen.

The deep tension between Clinton and McCaskill first formed after McCaskill made remarks on NBC’s “Meet the Press” that struck raw nerves for both Hillary and President Clinton.

In 2006, McCaskill was debating then-Sen. Jim Talent (R-Mo.) on the Sunday morning political show. The two were in the midst of a campaign that McCaskill ultimately won, and the Clintons had given her strong backing.

But when the subject of Bill Clinton came up, McCaskill said, “He’s been a great leader but I don’t want my daughter near him.”

Incidentally, McCaskill is not the only Democrat with a low opinion of Bubba and his sexual escapades. Another sitting Senator told the Richmond Times-Dispatch in the wake of the Monica Lewinsky scandal that Bill Clinton should resign. That Senator’s name? Tim Kaine. 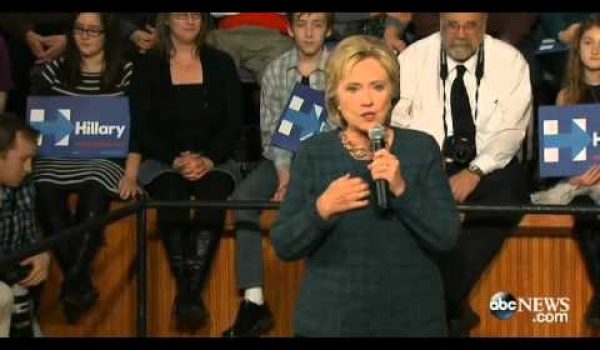 Clinton plans to raise payroll tax, which she once called ‘a tax hike on the middle class’
Next Post
Cartoon of the Day: On lockdown