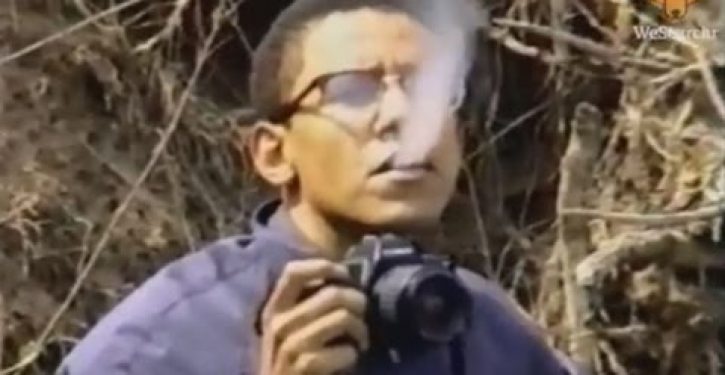 For a guy who was raised by white women — first his mother and then his grandmother — after his black father abandoned the family, Barack Obama sure has a lot of animosity toward white people.

Unluckily for him, when he met his half-sister Auma for the first time in 1990 on a trip to Kenya, she regarded him as “a white among blacks” because she and the rest of the family were all forced to speak English around him.

In a documentary film shot by Auma and only recently discovered by WeSearchr, Obama says at one point:

No one thought to question then why he believed a country should strive to be predominantly one race or another. If, moreover, he believed that Kenya should be a “black country” because the population was predominantly black, why does he now believe that America — which is predominantly white — needs to become less so. During the eight years of his presidency, he has preached almost incessantly the need for more diversity, which he has claimed would enrich the U.S. Anyone see a double standard at work there?

Obama made the trip to Kenya with his then-fiancée Michelle after his estranged father died. By this point in his life, he had already become immersed in and a strong advocate for critical race theory. The theory, developed by Obama’s mentor at Harvard Law School, Derrick Bell, proceeds from the assumptions that white supremacy is rampant in American society, both on a conscious and unconscious level, and that the only remedy is “racial emancipation.”

Here, for better or worse, is a younger but no wiser Obama spouting the same divisive, racist rhetoric that has become a hallmark of his presidency.

Cartoon of the Day: On lockdown
Next Post
Cartoon bonus: Clownus interruptus