The meme shown above has resurfaced of late after enjoying an intial period of virality back in July. At the time, the reliably liberal “fact-checker” Snopes attempted to debunk the message by noting that “the Clintons were not ‘forced’ to return any gifts, they were not found to have ‘stolen’ any items, and the aggregate value of the objects in question was much less than $200,000.”

The whole analysis is an exercise in hair-splitting, which ends with the authors shooting themselves in the foot anyway by reporting:

All told, the Clintons paid back or returned approximately $136,000 worth of furniture, artwork, china and other household items they had kept upon leaving office, with $86,000 of that total consisting of personal gifts they would presumably have been allowed to retain but decided to pay for to avoid the appearance of impropriety. About $50,000 of the total comprised items they had removed but were later determined to belong to the government. [Emphasis added]

Snopes’s own decision to use the highlighted construction is a curious one insofar as gifts are not something one customarily thinks of as having to be “paid back.”

But the most absurd part of the defense is their citing a 2001 New York Times article with the unambiguous title “Clintons Will Return Any Gifts Found to Belong to White House.” From that article:

In the latest criticism over their departure from the White House, the Clintons faced questions today about taking $28,000 worth of furnishings, which two donors were quoted as saying had been intended to become part of the permanent White House collection, not gifts to the Clintons.

Officials said that at least $28,000 worth of furnishings, donated in 1993 as part of the White House restoration project, had been registered by the National Park Service as gifts to the permanent collection of the White House and not the Clintons.

The text is pretty straightforward. The Clintons, who have historically always seemed to think of themselves as above the law, blatantly waltzed off with property owned by the White House — and, by extension, the American people. Was it a “clerical mistake,” as Snopes intimates elsewhere in its defense? You decide.

The bottom line is that the former president and the would-be next president stole $28,000 from American taxpayers. It would take a fool to believe they won’t do more of the same if she is elected.

Will first presidential debate be as entertaining as Jell-O wrestling? My prediction
Next Post
Watch as a black Trump supporter destroys race-baiting CNN reporter 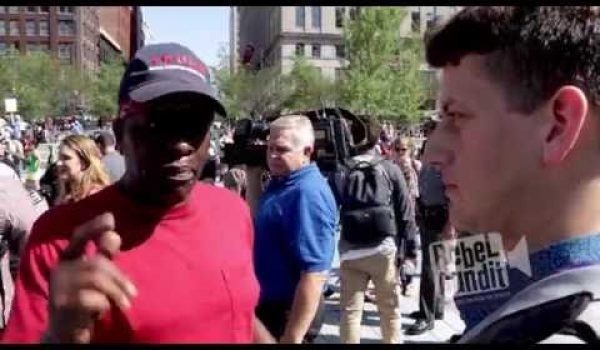