But who’s counting? If you are, be advised that 194 of the 511 advisory appointments made by then-Secretary of State Hillary Cllinton were to donors to the Clinton campaign, the Clinton Foundation, or both

But that’s only the tip of the iceberg. A bigger issue in what seems like another glaring example of the Clintons’ pay-to-play quid pro quo is that some of the appointees were woefully unqualified for the positions they were awarded, according to the Washington Examiner.

Take Kaki Hockersmith, for example. A member of the Arkansas Governors Mansion Association, Hockersmith bundled at least $100,000 in contributions for Clinton’s failed 2008 run for president.

In return Hockersmith was named to the United States National Commission on UNESCO, a panel that “supports worldwide humanitarian development and values.” Hockersmith’s qualifications for the post? She is an interior designer from Little Rock.

Another appointee, Rajiv Fernando, was named to the International Security Advisory Board by Clinton’s chief of staff, Cheryl Mills. According to its State Department webpage:

The Secretary of State’s International Security Advisory Board (ISAB) provides the Department with independent insight and advice on all aspects of arms control, disarmament, nonproliferation, international security, and related aspects of public diplomacy…. The Board provides its recommendations to the Secretary of State. Board members are national security experts with scientific, military, diplomatic, and political backgrounds. [Emphasis added]

So in which of the aforementioned skill areas does Fernando have expertise? Try none. He is a businessman. He has, however, been a loyal fundraiser for the Clinton Foundation and Democrats in general. 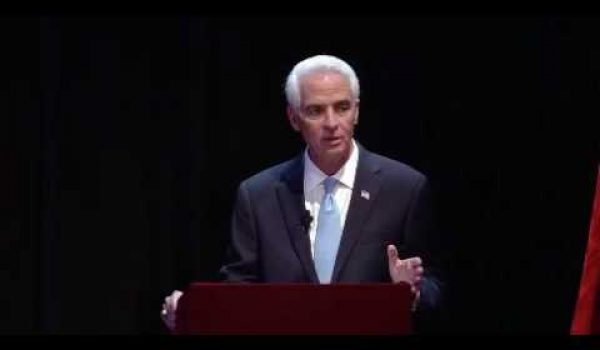 Charlie Crist brings the house down when he calls Hillary Clinton honest
Next Post
Sorry, Hillary: Trump hasn’t been in an ISIS recruitment video … but your hubby has!