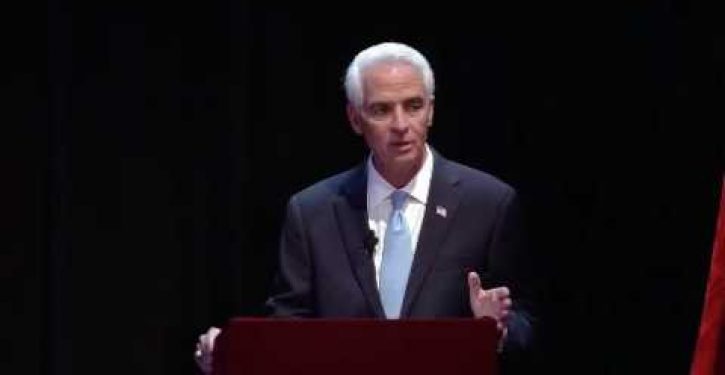 Former Flordia governor Charlie Crist clearly missed his true calling. Crist, who is running to unseat incumbent Rep. David Jolly, a Republican, in the state’s 13th Congressional District, demonstrated his comedic skills when he was asked during a debate whether he plans to vote for his party’s nominee for president.

Having switched his part affiliation to Democrat in 2012, Crist was being asked in essence if he was backing Hillary Clinton.

Here’s a video of his answer. A transcript follows:

It was the remark about Clinton’s honesty that brought guffaws from the audience. The descriptors steady and strong might have generated a similar reaction were it not for Clinton’s recent health struggles, which have revealed her to be the opposite of both adjectives.

Cartoon of the Day: Ready to blow
Next Post
40% of the State Department appointments Hillary Clinton made as secretary were donors