As he notes, Obamacare’s Medicaid expansion provided an unusually good test case for the effects of a government program, since it went into effect in some states but not others:

The Affordable Care Act provided federal funding for states to expand public health insurance to populations that had never before been eligible for the benefit on a large scale, among those are adults without dependent children. A 2012 Supreme Court decision allowed states to choose whether or not they wanted to accept federal funds to expand Medicaid eligibility, resulting in a situation where roughly half of the population resided in states that had expanded Medicaid eligibility in 2014 and half did not.

Ironically, despite its enormous annual cost of billions of dollars, expanding Medicaid provided little benefit for recipients in terms of their health outcomes. As Bloomberg News’ Megan McArdle noted in 2013, expanded Medicaid eligibility in Oregon had “no impact on objective measures of health” for recipients. As a study in the New England Journal of Medicine noted, “Medicaid coverage generated no significant improvements in measured physical health outcomes in the first 2 years,” even though “it did increase use of health care services.”

This substantial fall in employment due to Obamacare’s Medicaid expansion was not predicted by the Congressional Budget Office, although the CBO did predict that other aspects of Obamacare would reduce employment. “The new healthcare law will cost the nation the equivalent of 2.5 million workers in the next decade, the Congressional Budget Office (CBO) estimated in a report released” on February 4, noted The Hill newspaper:

The nonpartisan agency found the reform law’s negative effects on employment would be “substantially larger” than what it had previously anticipated. It said the equivalent of 2.3 million workers would be lost by 2021, compared to its previous estimate of 800,000, and that 2.5 million workers would be lost by 2024. It also projected that labor force compensation would be reduced by 1 percent from 2017 to 2024 — twice its previous estimate.

The CBO also noted that Obamacare would fuel a trillion dollar increase in the budget deficit by 2024. Earlier, the CBO had allowed supporters of Obamacare to hide its costs through gimmicks and dodges. But it did admit in 2010 “that Obamacare includes work disincentives likely to shrink the amount of labor used in the economy.”

Obamacare’s tax credits discourage work even more than its Medicaid expansion, for many older workers.  (These tax credits are awarded to some of the people who buy insurance on the Obamacare health insurance exchanges.  These credits are also known as premium subsidies).

For example, eligibility requirements for who can get the tax credits effectively create a 35,618 percent marginal tax rate for one hypothetical 62-year-old whose income rises by $22, by triggering the sudden loss of $7,836 in government tax credits (as Ted Frank explains below).

These arbitrary income “cliffs” were described by an Investors Business Daily columnist, who wrote about how

The new health law will give some older households without access to employer care a big incentive not to earn too much. That’s because earning more than 400% of the poverty level would make them ineligible for subsidies that may be well in excess of $10,000 for couples. Consider this example of a single individual age 62 in a high-cost area and no access to employer care. According to the Kaiser Family Foundation’s Health Reform Subsidy Calculator … [a]t 400% of the poverty level, or $46,000, an individual would get $7,830 in premium subsidies. And at 401% of the poverty level, an individual would get no government support.

Similarly, as the Manhattan Institute’s Ted Frank noted in 2010, under Obamacare,

This penalty for working and earning more resulted from bad drafting by Obamacare’s architects. They could easily have avoided this problem by gradually phasing out the premium subsidies and tax credits, the way the tax code gradually phases out personal exemptions and itemized deductions for people who make well over $100,000 a year. But they were too arrogant to learn anything from existing provisions that worked.

Obamacare also contains perverse massive marriage penalties that discriminate against married people. It slashed hiring that otherwise would have occurred, cut economic growth, and induced employers to replace full-time workers with part-time employees, driving even unions that once backed it to seek its repeal or replacement. 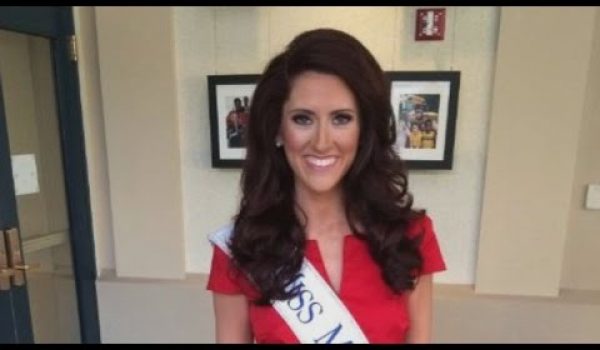 Video: There is something different about this contender for Miss America title
Next Post
Cosby: Victim of ‘racial bias’