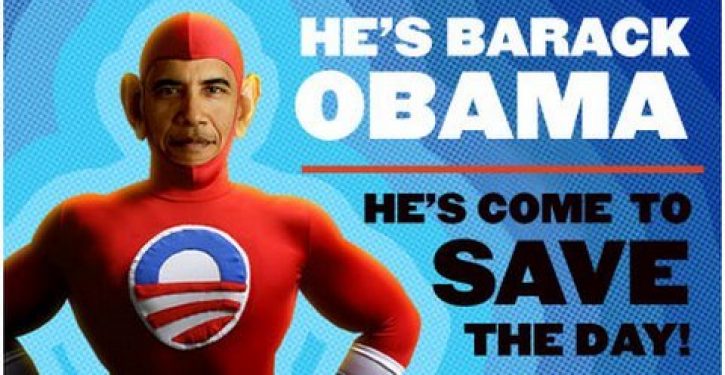 The Bureau of International Narcotics and Law Enforcement (INL), a wing of the State Department, announced a grant award of up to $1,250,000 for a two-season superhero show “to promote security and stability in Pakistan,” according to a government notice posted Wednesday.

“Key to this new character’s success will be that he/she possesses a local, indigenous persona, fully immersed in Pakistani culture,” the announcement stated. The show’s superhero character is intended to be a positive role model for youths between the ages of 14 and 25. The project description notes that more than 100 million Pakistanis — the majority of the country’s population — are under 25.

The show must be engaging for viewers and encourage “counternarcotics, gender equality, the role of police in civil society, a fair criminal justice system, anti-corruption [and] religious tolerance” to be selected.

Superhero cartoons tackling social issues have become enormously popular in the past several years. The award-winning 2013 cartoon series “Burka Avenger” attracted attention for tackling the Taliban’s opposition to educating young girls. While the 2015 cartoon “3 Bahadur” depicts a team of 11-year-old superheroes who save their community from a violent gang. The creator of  “3 Bahadur,” Sharmeen Obaid-Chinoy, said she hopes to “engage, empower and motivate today’s youth.”

“If youth are exposed to a character that models socially positive behaviors and values, then they are more likely to adopt those values and behaviors, making it less likely that they accept or promote extreme ideological views. Therefore, special emphasis needs to be placed on informing, educating, and positively influencing Pakistani youth, as they will shape the future of the country,” according to INL’s Wednesday notice.

The U.S. government previously worked extensively with Disney during WWII to create war films, emblems and propaganda for the war effort.

The grantee will need to create two seasons of an animated cartoon consisting of 13 episodes, 11-minutes each, as well as promotional clips and broadcast costs. The grant announcement also encourages partnership with other financiers to complete the project.

One possible contender, created early in Obama’s presidency, appears below: